“Don’t give up on something just because you think you can’t do it.” — Chanda Kochhar 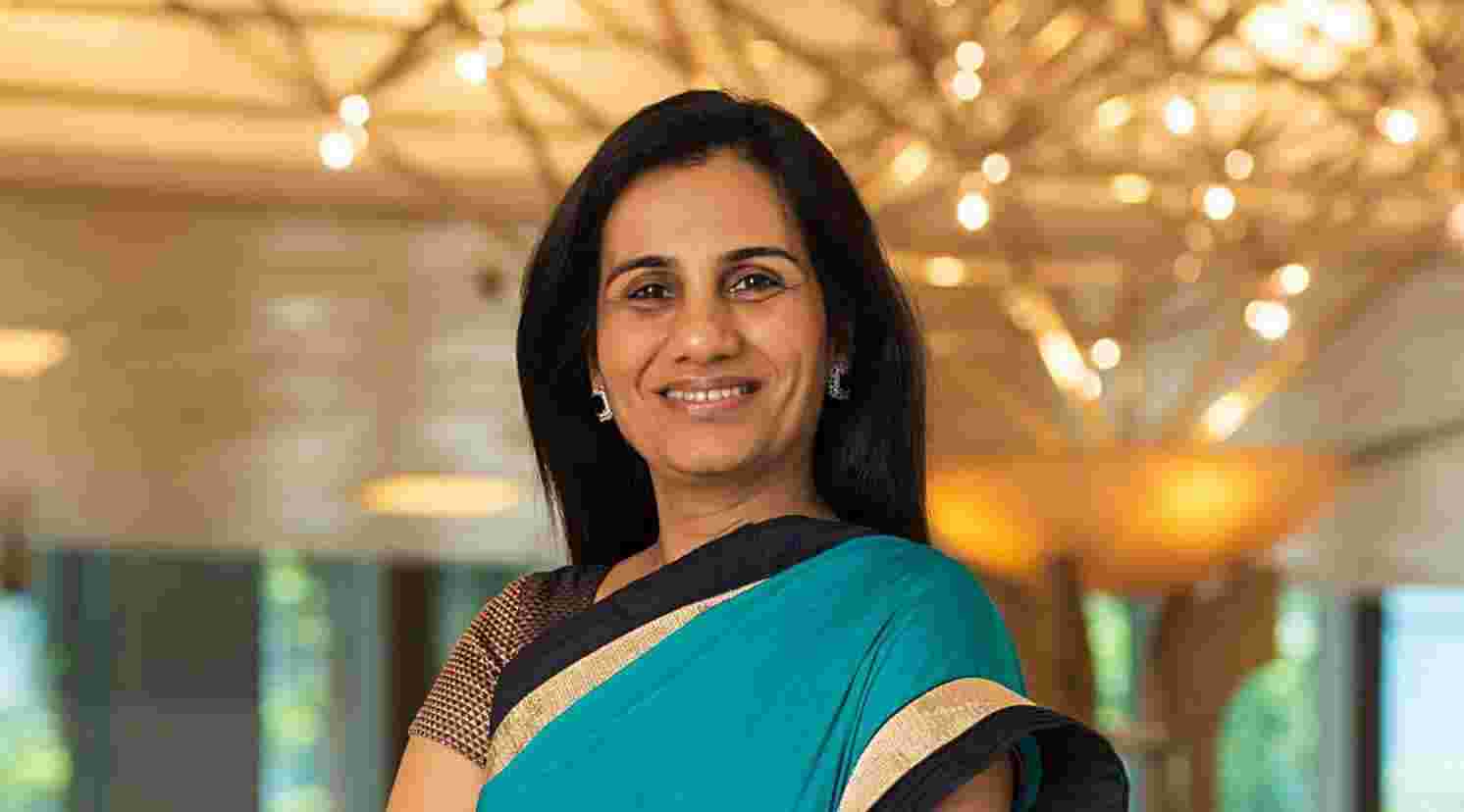 Back in the days when ICICI was known as the Industrial Credit and Investment Corporation of India, Chanda Kochhar had joined the company as a Management Trainee. 25 years later she was heading ICICI Bank as its CEO and Managing Director, at the height  of the global financial crisis in May 2009.

Today, the innovative and sharp strategies implemented under Kochhar’s leadership have made ICICI a market leader in India’s retail banking sector. Her journey from being a fresher at ICICI to the TIME magazine’s list of the 100 Most Influential People in the World (2015) will always continue to inspire us!

Moved from Jaipur to Mumbai and Pursued Her Bachelor of Arts

Kochhar went to St. Angela Sophia School in Jaipur, Rajasthan. She was 13 when her father passed away, leaving her mother to raise the family on her own. They moved to Mumbai after three years, where Kochhar’s mother (previously a homemaker) had found a job for herself. This was the time when Kochhar learned the importance of being able to handle difficult situations and to “keep moving forward in life, no matter what.”

Kochhar completed her Bachelor of Arts from Jai Hind College, affiliated with the University of Mumbai. The two values that she grew up with — integrity and perfection — helped her endure and succeed in life. The rough phase during childhood enabled her to understand the importance of adapting to all circumstances, and to be comfortable with the unknown.

After graduating in 1982, Kochhar studied cost accountancy from the Institute of Cost and Works Accountants of India, and pursued her master’s in Management Studies from Jamnalal Bajaj Institute of Management Studies. Her passion for the pursuit of excellence was apparent, as she received the JN Bose Gold Medal in cost accountancy and the Wockhardt Gold Medal for excellence in management studies.

Joined ICICI in 1984, in a Sector That Was Primarily Male-Dominated

After graduating from business school, Kochhar joined The Industrial Credit and Investment Corporation of India (ICICI). At that time, ICICI was a development financial institution providing project financing to Indian businesses. Initially, Kochhar was involved in appraising projects in various industries.

As ICICI was a merit-based organization, Kochhar was assigned projects whenever she was the most qualified person for the job. But there was a lot of social pressure as people didn’t expect a young girl to be checking machines during factory visits. 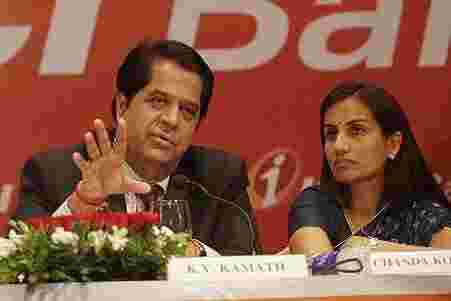 Played a Major Role in Establishing ICICI as a Corporate Bank

In 1993, Kochhar was part of the core team in charge of setting up corporate banking for ICICI. This was the first time ICICI had to build and nurture client relationships, and Kochhar played a pivotal role in this. She was promoted to Assistant General Manager the next year, and then to Deputy General Manager in 1996.

To tap into the power, telecom and transportation industries, ICICI Bank established an Infrastructure Industry Group, which was headed by Kochhar. In 1998, Kochhar was promoted to General Manager and put in charge of ICICI Bank’s major client group. By 1999, she was also heading the E-commerce and Strategy divisions. 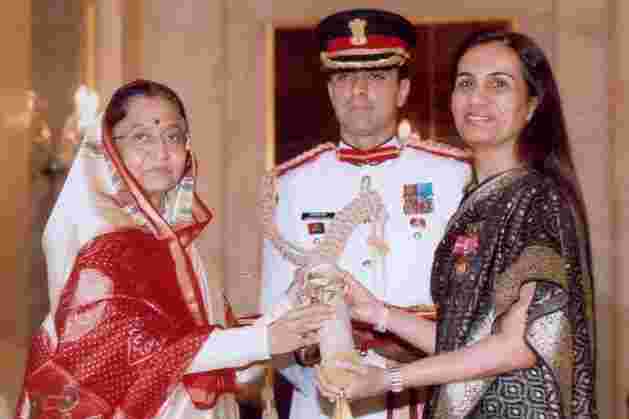 The year 2000 was the turning point of Kochhar’s career. She had successfully set up the corporate banking division for ICICI Ltd., and was now asked to head the retail banking division. Besides the fact that the consumer credit industry was very small in India, Kochhar did not have relevant retail banking experience to lead this division.

Kochhar asked KV Kamath (then CEO and MD of ICICI) why was she being asked to shift gears from corporate banking (that got them almost 50% of the business) to retail banking (that got them less than 1% of the business), and Kamath replied: “I want you to make this business more than 50% of the bank.” Kochhar made up her mind in a day and was ready to take on this new challenge.

Grew Stronger with Every Challenge, Taking It as an Opportunity

As the retail business was also new for ICICI, Kochhar created a team of people who had worked in the retail banking industry for other banks. She had to rely a lot on her domain knowledge and instinct to make business decisions. Under her leadership, the bank focussed on diversification, expansion, innovation and technology. In 2001, Kochhar was made Executive Director; in 2006, she was promoted to Deputy Managing Director; and in 2007, she was appointed as CFO and Joint Managing Director.

Appointed as ICICI Bank’s CEO and MD during the Global Recession, 2009

The financial crisis in 2008 made ICICI Bank’s profit decline by more than ₹1,000 crores. However, this did not deter Kochhar from taking this as another opportunity. She worked on a new strategy — called “4C” strategy — in consultation with her team, and was able to get the board’s approval for it. ICICI reported a 30% jump in profit for 2011-2012 Q1. Kochhar was the first woman and the youngest CEO to head ICICI Bank. 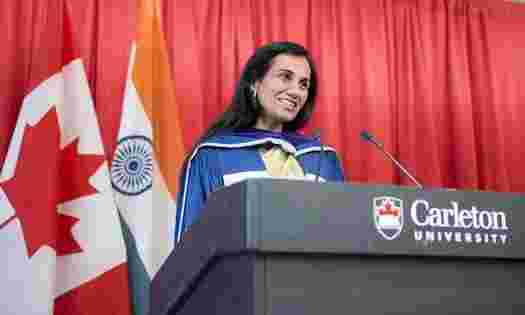 Kochhar has led the ICICI Bank to evolve from a corporate bank, to a retail bank, and now a global bank. The bank has won the The Asian Banker’s “Best Retail Bank in India” award for the years 2001, 2003, 2004, 2005, 2014, 2015 and 2016, among many other awards in digital innovation and banking security systems. ICICI is one of the Big Four banks in India, the only private bank among other state-owned ones — State Bank of India, Bank of Baroda and Punjab National Bank.

Kochhar has been on Fortune’s list of “Most Powerful Woman in Business” since 2005, and among the “World’s 100 Most Powerful Women” list, by Forbes, since 2012. She was conferred with the Padma Bhushan, one of India’s highest civilian honours, in 2011. Her name was also included in TIME magazine’s list of “100 Most Influential People” in the world, in 2014.

Today, Chanda Kochhar is not just a successful and satisfied professional, but also a happy mother. She has proved that every woman has a choice to balance her professional and personal life. Kochhar’s rise to the top in a perceived male-dominated industry proves that women can transcend the glass ceiling in a merit-based organization. All you need is an attitude to accept every challenge as a new opportunity. Believing in yourself is the key, no matter what the situation. Learning from your seniors, and following your heart, can go a long way in helping you face your fears and making the best use of any opportunity.