“It’s weird to see how people change so quickly. They now take interest in me when

I’m rising to the top, yet didn’t support me when I was starting out.” — Sakshi Malik 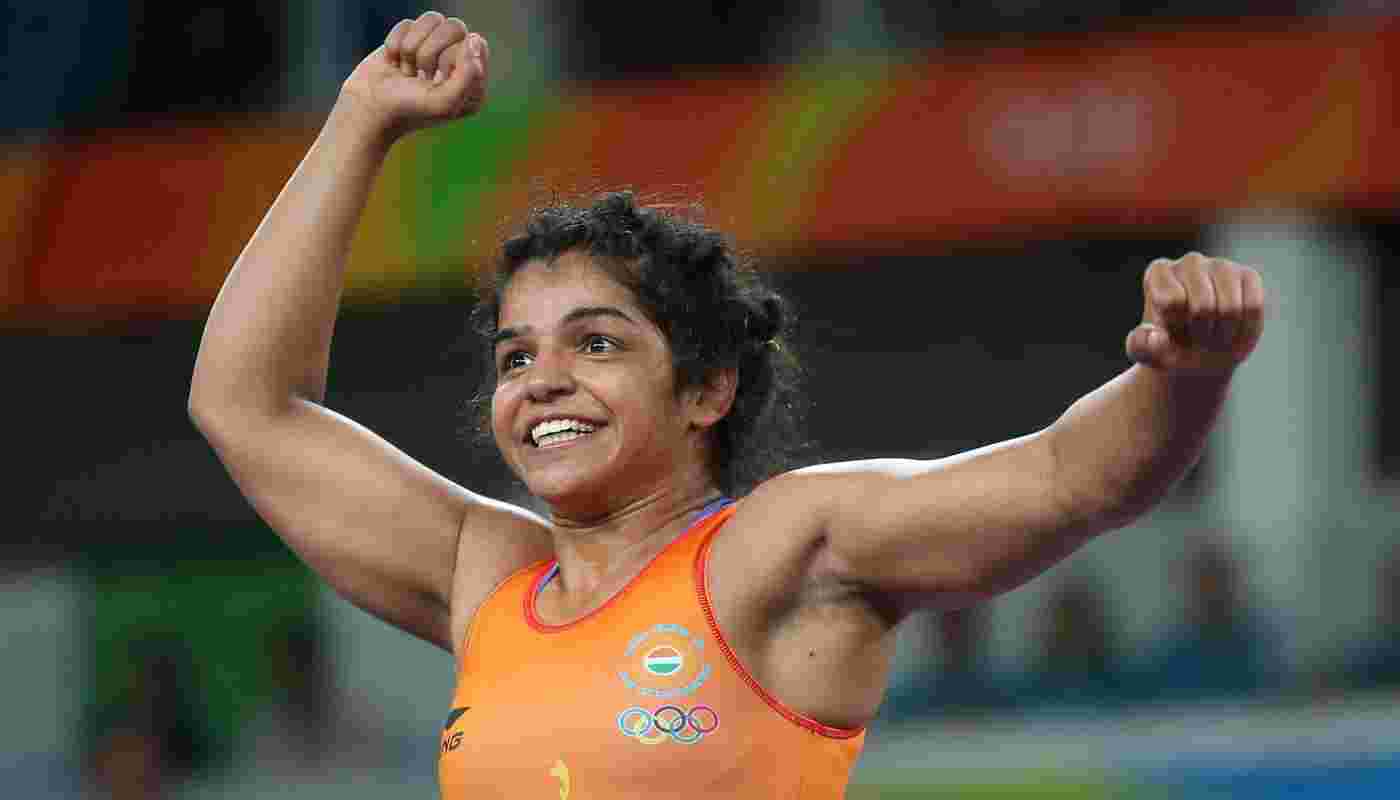 In India’s 2011 Census, the state of Haryana had the lowest child sex ratio (834 to 1000). Even today, the state is plagued with cases of female foeticide. Surprisingly, the same state has given India its first female wrestler to win an Olympic medal. Actually, more than the state it was the wrestler’s state of mind.

Sakshi Malik was born in the Rohtak district of Haryana, in a village called Mokhra. This was a region where wrestling wasn’t meant to be a sport for girls. Before getting married, the girls were expected to “study a bit and then do household chores,” and after getting married they got “busy taking care of their husbands and babies.”

In spite of Sakshi’s parents being supportive of her wrestling aspirations, the villagers used to point fingers when she wore shorts or wrestled with boys. Nonetheless, she continued with her intensive training, juggling it with her academics and then with an Indian Railways job. And at age 23, Sakshi became the first female wrestler to win an Olympic medal for India. 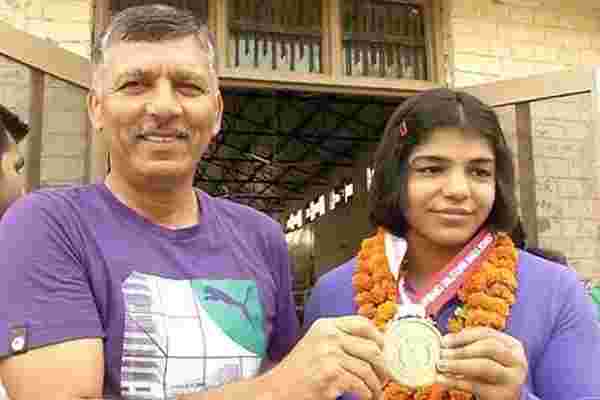 Got Inspired by Her Grandfather to Take Up Wrestling

Sakshi Malik’s parents were not been associated with sports, unlike those of Sania Mirza and Dipa Karmakar. Malik’s father was a bus conductor with the Delhi Transport Corporation, and her mother was a supervisor at a local health clinic. Malik got motivated to take up wrestling on seeing her grandfather, who had also been a wrestler in his life.

Malik began her training at age 12, at an akhara in Chhotu Ram Stadium in Rohtak. Her parents arranged for her coaching and also took care of her diet and nutrition. Malik’s coach, Ishwar Singh Dahiya, faced protests from the villagers when he started training Malik, as girls in the village were expected to be confined to their homes.

Initiated and Upgraded Her Training by Wrestling with Male Wrestlers

In a region where wrestling wasn’t for girls, Malik had to wrestle with boys instead. This became possible because of Malik’s quickness in learning and improvisation. She and coach Dahiya had to overcome the stigma of getting the opposite genders to wrestler with each other. Dahiya made her fight with the males to also upgrade her game further. Despite Malik’s talent and the eagerness to improve, the locals often said mean things to her that sometimes challenged her self-belief.

Besides Malik and coach Dahiya, her parents were also criticized for their decision to get a girl trained in a sport like wrestling. They were warned that their daughter would develop “puffed-out cauliflower ears” that was common among wrestlers, and become undesirable to potential husbands. Fortunately, this didn’t deter Malik’s parents from giving their best to support their daughter.

Supported by Her Alma Mater to Balance Wrestling with Studies

Malik went to Vaish Public School in Rohtak, and then to Vaish Girls College. The leaders of these institutes were empathetic with Malik’s aspirations in wrestling and created the conditions to help her ease out the academic pressure. 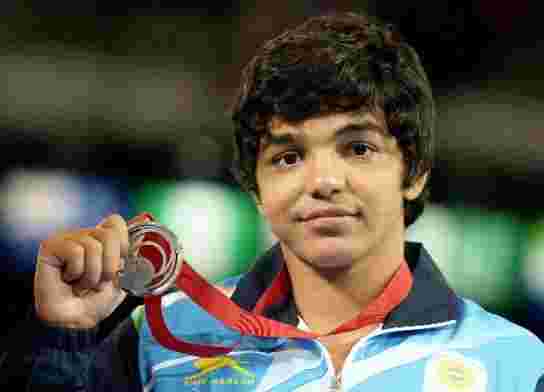 Sakshi Malik after winning the Silver medal at the 2014 Commonwealth Games in Glasgow
Malik then completed her master’s degree in physical education from Maharshi Dayanand University and soon took up a job with the Indian Railways in the Delhi division’s commercial department.

Malik was made part of the JSW Sports Excellence Programme, that also supported other famous Indian female wrestlers such as Babita Kumari, Geeta Phogat and Vinesh Phogat. As a professional wrestler, Malik’s first international success came at the Junior World Championships in 2010. She won the bronze medal in the 58 kg freestyle event. Her inspiration at that time was Indian wrestler Sushil Kumar, who won the bronze medal at the 2008 Beijing Olympics.

Shone with the Silver Medal at 2014 Commonwealth Games in Glasgow

India built its reputation as a wrestling power when wrestlers Yogeshwar Dutt and Sushil Kumar won medals at the 2012 London Olympics. The medals in wrestling at the Olympic Games in 2008 and 2012 kept Malik inspired to win her own Olympic medal one day.

Malik was one of three female wrestlers to qualify for the Rio Olympics. Though she’d had an impressive track record, Malik was the second choice of the Wrestling Federation of India (WFI) for the 2016 Rio Olympics. WFI’s first choice was famous wrestler Geeta Phogat, who was India’s first female gold medalist (2010, Commonwealth Games), and the first Indian female wrestler to qualify for the Olympics (2012, London Olympics). Malik qualified for the 2016 Olympics by reaching the finals of the 58 kg category at the 2016 World Wrestling Olympic Qualification tournament in Istanbul, Turkey. 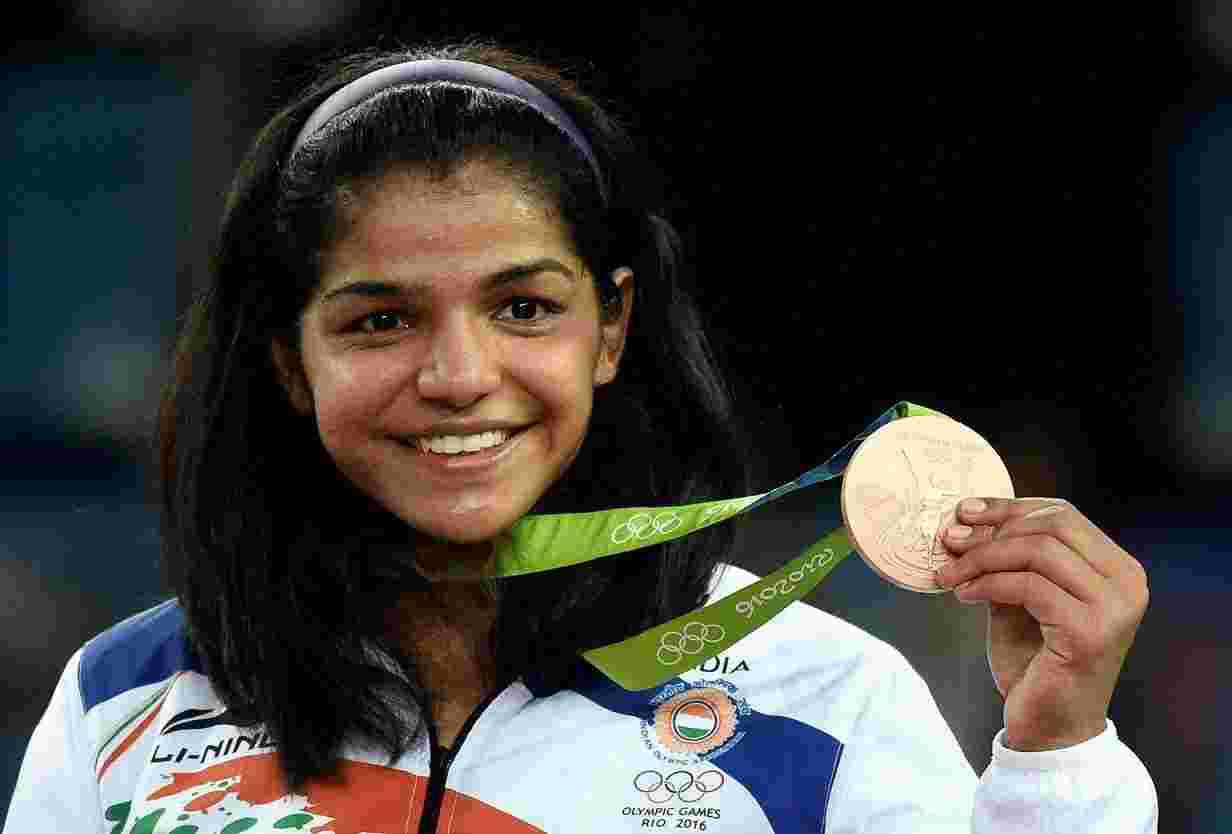 India’s biggest hope for a medal at the 2016 Rio Olympics was Vinesh Phogat, who had won her country a gold medal at the 2014 Commonwealth Games and a silver medal at the 2015 Asian Championships. Unfortunately, Phogat had to exit the competition following an injury.

After winning the Round of 32 and the Round of 16 matches at Rio, Malik lost in the quarterfinals to Russian wrestler Valeria Koblova. Fortunately, Koblova reached the finals that made Malik eligible for the repechage round.

According to the repechage rules, the wrestlers who lose to the eventual finalists fight it out for the bronze medal.

Malik defeated Mongolian wrestler Pürevdorjiin Orkhon in her first bout, and then faced Kyrgyz wrestler Aisuluu Tynybekova for the bronze medal match. Tynybekova was the reigning Asian champion who was leading the match against Malik at 0–5. Even till the last three minutes of the match, Malik was for hopeful for the bronze medal. During the last 30 seconds, she could hear her coach say “Sakshi, attack!” and then the tables eventually turned in the final nine seconds of the match. Malik won the match 8–5, becoming India’s first female wrestler to win an Olympic medal.

Malik fought a total of five bouts during the day to get on the podium. She also became the fourth female Olympic medalist from India, after weightlifter Karnam Malleswari (2000, Sydney), boxer MC Mary Kom (2012, London) and badminton player Saina Nehwal (2012, London). 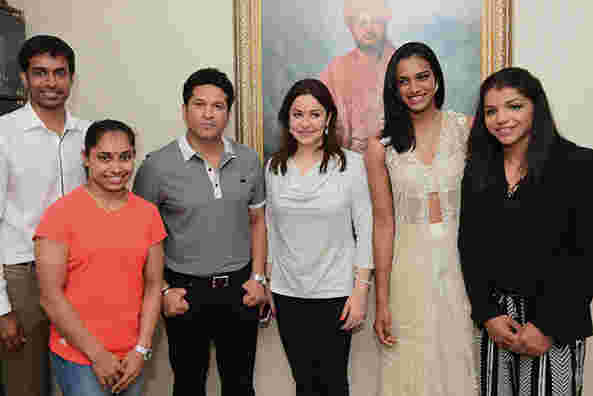 After Malik bagged the bronze medal at the Rio Olympics, she was promoted from a senior clerk to a gazetted officer by the Indian Railways. She was also appointed as the wrestling director of her alma mater, Maharshi Dayanand University in Rohtak. Most importantly, Malik was honoured with the prestigious Rajiv Gandhi Khel Ratna award by the government of India, even before getting an Arjuna Award.

What We Can Learn from Sakshi Malik’s Career Story

Sakshi Malik’s success story is a simple example of the power of listening to your inner voice, instead of getting lost in the noise around you. Malik’s coach, her parents, and the institutes she studied in played a major role in her success, nurturing and supporting her whenever she needed them to. But what mattered the most was Malik’s self-belief. At times it did go for a toss, but it stayed. As Muhammad Ali used to say: “There’s nothing wrong with getting knocked down, as long as you get right back up.”

A very important lesson we can learn is making a choice to think beyond the social norms and cultural differences that we come across in life. Malik decided to take up wrestling, trained with male wrestlers and gave it her all to a sport that wasn’t supposed to be taken up by girls. Success was bound to come to her as she never really took things seriously, but calmly. We don’t have to take ourselves so much seriously; life is too short for seriousness.