“Disability is the inability to see ability.” — Vikas Khanna 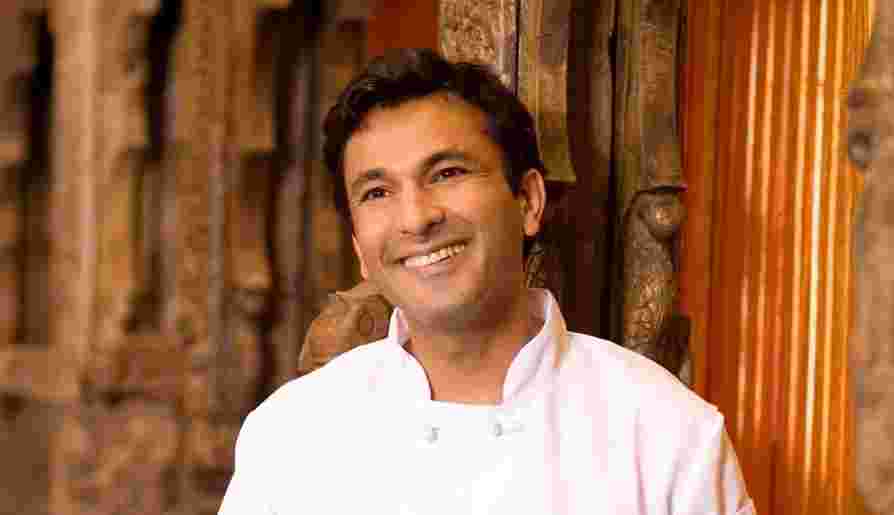 Vikas Khanna is the Michelin-starred chef from India, who has prepared food for the likes of Narendra Modi, Barack Obama and even His Holiness the 14th Dalai Lama. Besides being a chef, Khanna is also an author, filmmaker, humanitarian, reality television judge and restaurateur. Born with misaligned legs, Khanna was named New York’s Hottest Chef around age 40. There is a lot we can learn from Khanna’s story, that includes his journey from Amritsar to America

Born with Misaligned Legs; Confined to His Home till Age 13

Khanna was born in Amritsar, Punjab, with his leg bones aligned sideways. The doctors thought that he might never be able to walk properly, but his mother thought otherwise. Khanna had to wear a pair of shoes with braces, that sounded “like thunderstorms” when he entered his classroom. Like any other child, Khanna didn’t like being bullied for his appearance. He could never play outside like other kids, and was confined to his home. Little did he know that this would act as a blessing in disguise for his life to come.

Inspired by His Grandmother to Start Cooking

Staying at home allowed Khanna to stay in the kitchen. He found peace and inspiration in seeing his grandmother cook meals for his family. By the age of seven, Khanna had developed an obsession with food. Rolling the dough made him feel good and powerful, and his grandmother always supported his love for cooking. As Khanna’s elder brother wanted to be an engineer, he was also expected to follow in his brother’s footsteps. However, Khanna could never understand maths, and wasn’t good with numbers. Ever since his teenage years, all he wanted was to own a restaurant. 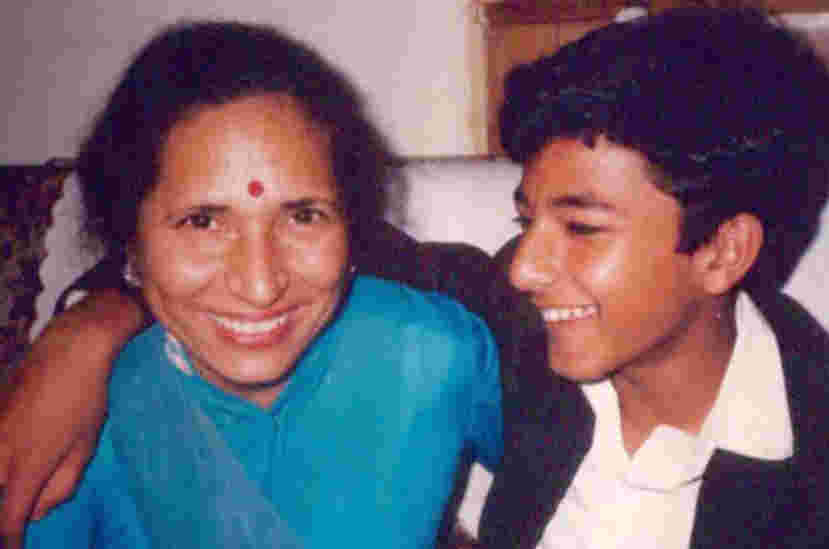 Vikas Khanna with his mother in Amritsar, India (1985)

Started His First Business at Age 17 Along with His Mother

With his love for food and the support of his family, Khanna could start his career as a chef. When he was 17, he started a catering business with his mother, named Lawrence Gardens, in an unused space behind his house. When Khanna and his mother earned their first ₹50, they hugged each other and cried with happiness. It was a new beginning for Khanna who had no idea about what to do in life.

Everything at Lawrence Gardens was counted and limited. They had 24 white plates, 16 chairs, two tables and one tandoor. Khanna and his mother had bought these from the money they earned by making 580 sweaters for a school principal.

Failed the Welcomgroup Interview, but His ‘Passion’ Got Him In

Khanna had an uncle in New Delhi who took him to sample a buffet at the luxury hotel ITC Maurya. That was when Khanna realized that food could be art. His uncle asked Khanna to take the luxury hotel food as a benchmark, which motivated Khanna to go beyond making chhole bhature and apply for the Welcomgroup Graduate School of Hotel Administration, at Manipal University. During his interview, Khanna had failed two rounds but kept on answering all the questions with humility and passion. One of the interviewers interrupted his answers and asked him to try next year. After the interview, the principal of the school came up to Khanna and asked him to get into the college right away. The principal believed that everything could be taught, but not passion. This incident also inspired Khanna’s choice of name for his Michelin Star restaurant in New York today. 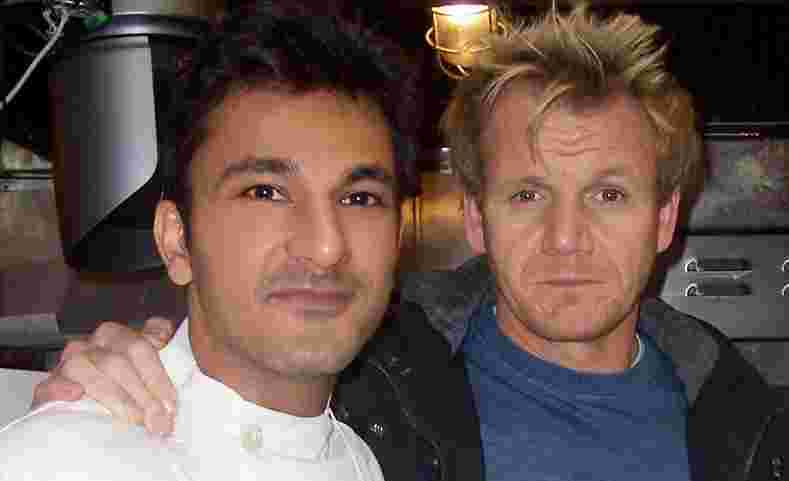 Vikas Khanna with Gordon Ramsay, as a chief consultant on Ramsay’s show (2006)

Was Homeless in New York; Took Shelter at the NYC Rescue Mission

After graduating from college, Khanna worked at the Leela Kempinski hotel in Mumbai for three years. He then returned to Amritsar, and grew his catering business for the next five years. Khanna was inspired by his elder brother to apply for a US visa, so that he could ”perform on the world stage.” His elder brother believed that there is no greater country in the world than the US, that supports creative freedom. When Khanna landed in New York, he took up a job as a dishwasher with a small restaurant, as he was desperate for employment. Unfortunately, he was thrown out in no time, when he was asked to step in as a waiter on a busy day. He could barely speak English, and had misunderstood Wild Turkey (a premium American bourbon) for a meat dish.

On the Christmas eve that followed, Khanna was left with $3 and had almost made up his mind about heading back to Amritsar. But this was when he discovered the New York rescue mission, a homeless shelter. There, Khanna realized that he was not the only one in New York who was homeless or unemployed. He had fallen so low in life, but had learned to accept his life. During his stay, he was told that someone needed 300 portions of an appetizer.. Khanna made them dhokla (vegetarian snack from the Indian state of Gujarat), that eventually earned him the job of an executive chef in Salaam Bombay, an upmarket Indian restaurant in New York.

Career as a Chef

After working for more than four years at Salaam Bombay, Khanna decided to start his own restaurant. He wrote cookbooks and catered to households for about a year before starting up. His first restaurant was an Indian takeaway serving inexpensive meals to Wall Street professionals. One of the regular customers there was a producer of Kitchen Nightmares, the show by British chef Gordon Ramsay. The producer was looking for an Indian chef for the show. When Khanna joined the show, Ramsay was impressed with Khanna’s telegenic charm, and so was everyone in America. 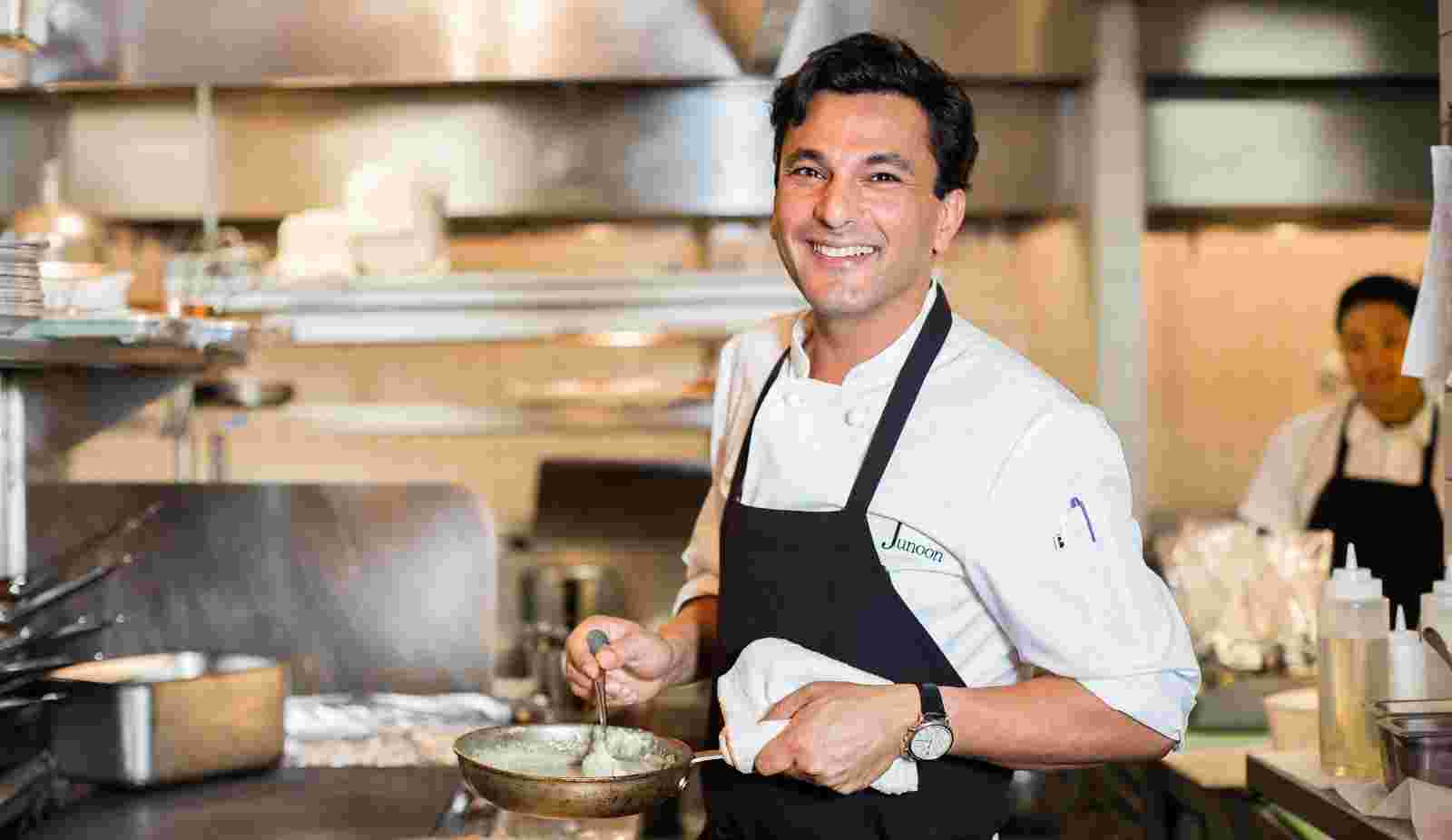 Khanna at his restaurant, Junoon, in New York City (2011)

Opened a Restaurant Called Junoon, That Translates to ‘Passion’ in Hindi

Khanna’s first restaurant closed the same week that he appeared on Kitchen Nightmares. Fortunately, the show got him another restaurant that needed fixing. When Khanna helped with the rebranding and revamp, the restaurant received three stars from New York magazine. However, this restaurant too had to shut down due to issues related to the lease of the building.

Khanna did not know what to do now, so he went to attend a lecture by His Holiness the Dalai Lama, who was in the same city. Once he met the Dalai Lama, the experience inspired him to finish his book called Return to the Rivers. On the same night, he called up his mom to get a flight booked to Bhutan, to cover the cuisines of the Himalayan belt. Through the Kitchen Nightmares show, Khanna didn’t just get a restaurant that needed a revamp, but also caught the eye of Rajesh Bhardwaj, a successful food entrepreneur in New York who was looking to scale up to an Indian fine-dining restaurant. Khanna and Bhardwaj named the restaurant Junoon, which is Hindi for ‘passion’ or ‘obsession’.

Awarded the Michelin Star in 2012 for the Restaurant Junoon

Junoon was launched in December 2010, exactly 10 years after Khanna had come to New York from Amritsar. The restaurant was an instant hit, and received the Michelin star within 10 months of opening. For Khanna, it was a result of not just the team’s passion, but persistence too. He has always ranked persistence above passion while advising entrepreneurs, as he feels that you should attain mastery in making food, or any other art, which needs consistent practice. 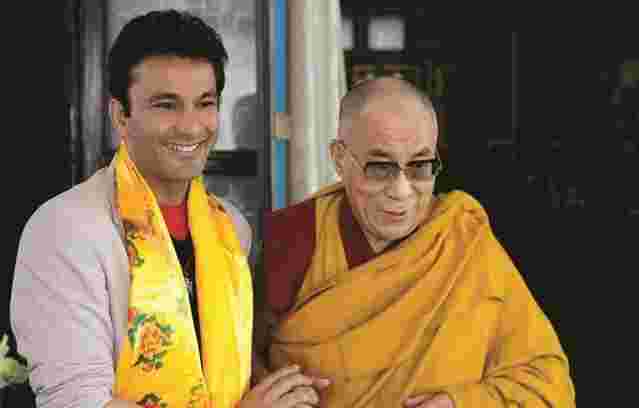 Vikas Khanna with His Holiness the 14th Dalai Lama (2012)

Cooked Dinner for The White House, and Has Written Numerous Books

Khanna was invited to cook for the Hindu Americans’ conference hosted by US President Barack Obama. This was one of the many times when Khanna cooked food for the most influential people on the planet. He also got to spend a week with the 14th Dalai Lama, who wrote the foreword for Khanna’s book titled Return to the Rivers. The book covers Khanna’s culinary journey across the Himalayas, and is one of the many that Khanna has authored.

Plays Judge on MasterChef India, and Hosts the Travel Show Twist of Taste

Khanna replaced Bollywood actor Akshay Kumar as the host of MasterChef India, in its second season. He made a mark in his home country with MasterChef, and shared the screen with Sanjeev Kapoor, one of the most celebrated chefs in India, in the third season. Khanna now also hosts the third season of Fox Traveller’s culinary adventure show Twist of Taste.

Vikas Khanna went from being an Amritsari boy born with misaligned legs to a celebrity chef who passionately travels the world to explore cultures, promote peace and share food. Khanna’s passion for food developed solely because he was confined to his home during childhood. This explains that we should take every challenge in life as an opportunity to discover something new or improve something that needs to regain its charm. The chef who rebranded Indian food in the United States might have never applied for a US visa had he not convinced himself to move beyond his comfort zone. Listening to people, as well as the signs of the universe, is a strength we need everyday. Khanna also made us realize the essence of food, that signifies different cultures and people around the world, for which he had to go beyond his role as a chef in the kitchen. Lastly, we learned that passion can be hyped up, but what helps us really fuel our passion and attain mastery over our art is persistence.