Dear friends, we often meet students who are preparing for both SSC CGL exam and SSC CHSL exam simultaneously. SSC CGL exam is conducted by SSC to recruit staff to various posts in ministries, departments and organisations of the Government of India for various Group B and Group C posts whereas SSC CHSL exam is mainly for clerical posts which come under group C.

As both of these exams offer lucrative jobs under various central government offices so shouldn’t we be more specific about which one to target and how to approach it? There is a notion among students that both of these exams have the same syllabus and exam pattern for Tier 1 and thus they can be and should be prepared simultaneously to save time and efforts. But should they be? Let’s analyze the same. 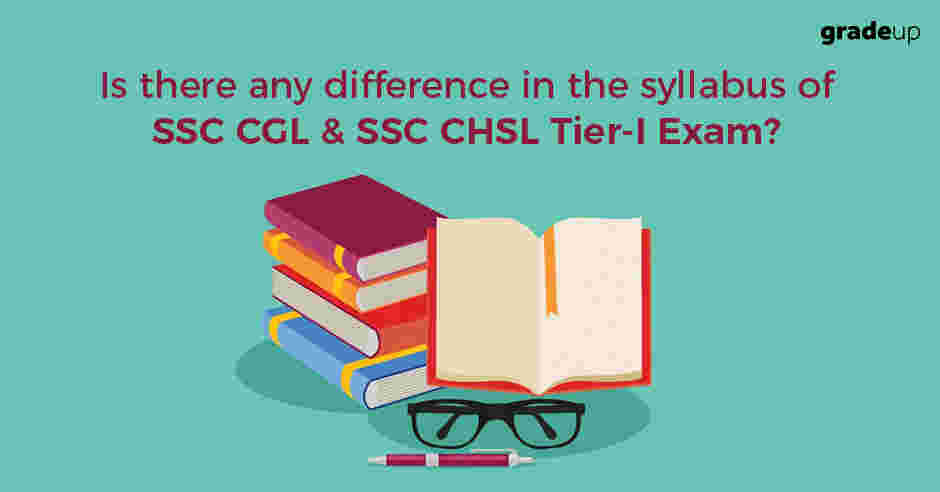 First of all, let’s see the pattern for Tier 1 exam for both SSC CGL and SSC CHSL.

Since Tier 1 pattern is exactly similar for both the exams, many students misinterpret it to be similar in entirety. But they are NOT. A few points are given below to explicate the same.

So if we go by above few points, we realize that CGL and CHSL have a few differences in their Tier 1 exams which are not superficial. These become tacit considering that SC conducts Tier 1 for both exams separately, which requires precious resources i.e. both time and money. So why is there a misconception that these exams are exactly similar?

Apart from a few reasons mentioned above, there is one more reason for it : the sheer number of graduates preparing for SSC exams. Although they are eligible for SSC CGL, but most of them also apply for CHSL. Reason being the widespread unemployment and good job opportunities offered by CHSL Exam. Also half of their competition has less education qualification and this slightly reduces the competition. Not only this, the syllabus for CHSL Tier 1 is not same as CGL but a subset of it. So the candidates preparing for CGL can appear for CHSL without the need to study anything extra. The same is not the case with CHSL students. The 12th standard passed students have to compete with already graduated students for the same posts and also among themselves. The only respite they get is that Tier 3 is a typing test in CHSL which requires a far better typing speed that that required in CGL and most students preparing for CGL do not put much emphasis on this and thus it creates a balance playing field for them.

In the end, we wish to say that the graduate candidates need to prepare for CGL which includes the preparation for CHSL and thereby they can appear for CHSL exam Tier 1. For the candidates who have just cleared 12th, they need not lose heart thinking that they have to compete with Graduate students. Remember, the person you see in mirror is your only competition. The CHSL exam is set up for 12th standard only and it means you have as good chances to qualify as anyone else. As said by Nicki Minaj, “Your victory is right round the corner. Never give up.”