We now enter into the final phase of the career selection seminar.

Day 3: One on one Counseling session with the detailed report with students and parents

Though every student was assigned a fixed time with the counselor, students and their parents arrived very much before time. They just could not wait for the session to begin with. Seeing this enthusiasm, the counselor of Career Guide too began the one on one session, with students and parents alike.
Since this was a counseling session, mainly a detailed one, the counselor initially started with explaining the Parents about the test, their parameters and the focus of the test. The counselor made sure that every aspect of the test was understood, since the career decision would be purely based on the test parameters. 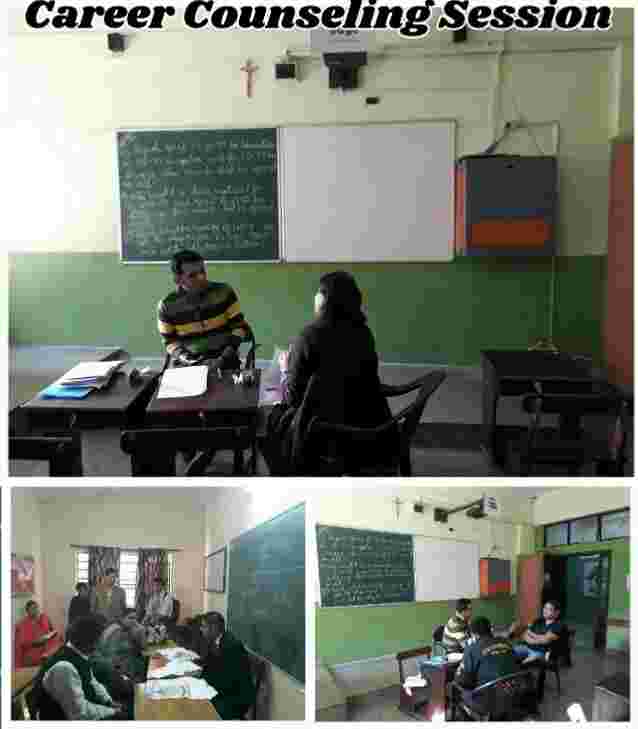 After the detailed explanation of the test parameters, the counselor revealed the stream the student could opt for and the reason for the said choice. Once the parameters were understood, neither the student nor parents disagreed or questioned the choice of career stream. The only question they had was, What after Graduation?.

Many of the students wanted to opt for an offbeat career and were not interested in the mainstream career options like MBBS or Banking etc. Here based on their Aptitude test result, the counselor was able to convince them why a field must be chosen because of their potentials which were clinically evident from the test results.

The test was administered to 70 Xth standard students. From the mainstream career Science (PCM, PCB), Commerce and Humanities (ARTS), we see that Science mainly PCM was the first option for most of the students as per the test and their potentials, 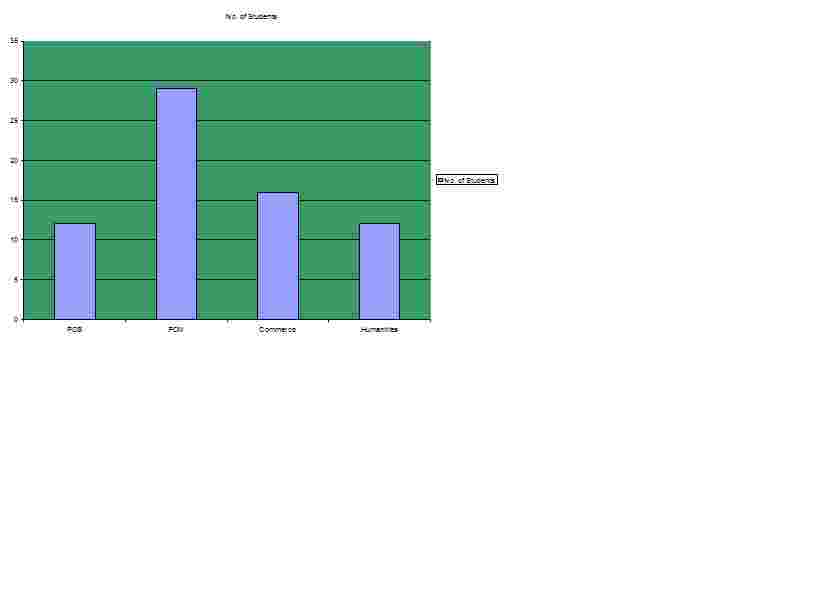 followed by Commerce with Math, whereas an equal number of students could opt for Humanities and PCB streams as such.

Mostly all the students and their parents were happy with the choice given. Few raised questions relating to the stream, because their ward had chosen a particular stream based on their subject interest in middle school and their Aptitude result showed otherwise. Here the counselor assured them that later means after 12th they have the option to shift into another stream as per their reports. They also explained how following ones potentials or strength would help them being successful. Parents and child at last did agree to the solution.

Feedback about the Counseling session:

Though the counselors were very happy with the sessions, but adding to the happiness was the feedback from parents, students and the school counselor.

Parents were very happy with the session, as they were explained in details about their wards potentials to which they themselves were not much aware about. Also they were guided step by step into their wards career stream, right from the scratch or beginning. They felt that before the student makes a choice of subjects in grade 8th, such tests must be administered, so that students are at the right track right at the beginning and don’t have to make a shift at a later stage, which brings about a lot of confusion.

Students who had limited knowledge in terms of the career stream, rather on how to shift from one steam to another after 12th or after Graduation, felt that the sessions were an eye opener for them. Not only they now know themselves well but they feel confident about their career choices.

The feedback given by the school counselor Aarti Bardhan, as quoted by her, “The first time experience with Career guide team at St. Columba’s school was very professional, an example of smooth team work, efficiency and punctuality in the whole process of class 10th career guidance program. Right from conducting the knowledge workshop for parents to conducting the psychometric test on students and finally the individual guidance with efficient reports handling sessions were conducted with utmost proficiency. We would like to remain associated with career guide even in future”.