THINGS TO KNOW WHEN YOU ARE AN UPSC ASPIRANT UPSC stands for Union Public Service Commission. It is considered to be one of the hardest exams not only in India but all over the globe. It is conducted by Union Public Service Commission for recruitment to various Civil Services of the Government of India including Indian Administrative Services, Indian Economic Services, Indian Statistical Services, and many more. The jobs offered are among the most reputed in India. But main motive of aspirants is to get the position of an IAS officer. So in this article, I’ll emphasize on Indian Administrative Service.

The Civil Service Examination is conducted in two broad stages: The first and foremost requirement is your citizenship i.e. for services like Indian Administrative Services (IAS), Indian Police Service (IPS), and Indian Foreign Service (IFS), you must be an Indian citizen. Other than these services you can apply even if you are a citizen of Nepal, Bhutan, or a Tibetan refugee who settled permanently in India before 1 January 1962. A person of Indian origin who has migrated from Pakistan, Myanmar, Sri Lanka, Kenya, Uganda, Tanzania, Zambia, Malawi, Zaire, or Vietnam with intentions to permanently settle in India. 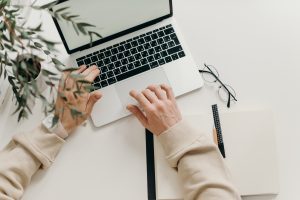 The minimum educational qualification requires graduation from any reputed University/Institute recognized by the Centre/State Government. The graduation can be full-time, correspondence, and open learning as well. Students who have cleared final exams of ICAI, ICSI, and ICWAI are also eligible to appear for the examination. You can also apply if you have got your degree from a private university or even a foreign degree which is recognized by the Association of Indian Universities. 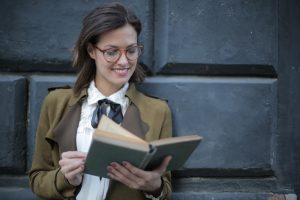 AGE AND NUMBER OF ATTEMPTS

The candidate must have attained the age of 21 years and must not have attained the age of 32 years (for the General category candidate) on 1 August of the year of examination. Prescribed age limits vary with respect to caste reservations. The relaxation in the age limit is only for the upper limit and the lower limit remains fixed at 21 years. For Other Backward Caste (OBC) the upper limit is 35 years, for Schedule Caste (SCs), Scheduled Tribe (STs), and Pwd the upper age limit is 37 years.

Coming to the number of attempts allowed, it is 6 for the general/unreserved category, for the OBC category there are 9 attempts and SC/ST candidates are allowed unlimited attempts till the age of 37 years. The job of an IAS officer includes framing policies and advising the ministers on various issues, maintaining law and order, supervising the implementation of policies of State Government and Central Government, collecting revenues and function as courts in revenue matters, supervising expenditure of public funds as per norms of financial propriety and handling the daily affairs of the government, including framing and implementation of policy in consultation with the minister responsible for the department concerned.

MOST RECOMMENDED BOOKS FOR UPSC ASPIRANTS

The NCERT books are always considered to be the base of UPSC preparation, aspirants must be thorough with NCERT books from class 6th to 12th. Indian Polity for Civil Services Examinations by M. Laxmikanth, Oxford School Atlas for Geography, Indian Economy by Ramesh Singh, India Year Book for current Affairs, A Brief History of Modern India by Rajiv Ahir, and Indian Art and Culture by Nitin Singhania are some books for different subjects that are best recommended for all preparing for UPSC Examination. Other than these books, newspapers should the best friend for aspirants mainly the most important newspaper is The Hindu. WHY BECOME AN IAS OFFICER

There are many perks of being an IAS officer, you get a chance to serve your nation, you also get lifetime job security with various other incentives provided by the government like medical facilities, paid vacations, and a good pay scale. The IAS Officer is always respected and seen as an inspiration and role model for many people.

This article sums up all the possible things that are to be learned by a UPSC aspirant but with all the positive aspects of being an IAS officer, the job requires complete honesty, dedication, and a sense of responsibility.