Dr. M S Swaminathan has not just been a man with a resplendent career one that has had many a highlight and has won him myriad awards and recognition. He is a true national hero. The Godfather of India’s Green Revolution decided long back to serve his nation and help millions of hungry people who were not getting their basic square meal not just because of poverty, but because of a simple malaise in the Indian Agricultural Sector. Today India is self sufficient if not rich in Basic Agricultural produce thanks to this man.

BSc(Zoology) Maharaja’s collegeBSc(Agricultural Science),Coimbatore,Post Graduate,Indian Agricultural Research Institute,He received a UNESCO fellowship to continue his IARI research on potato genetics at Wageningen Agricultural University, Institute of Genetics in the Netherlands,Doctor of Philosophy (PhD) from University of Cambridge School of Agriculture in 1952. 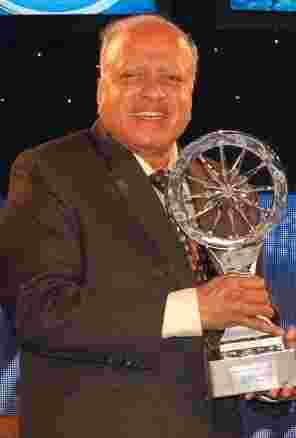 Career As a Zoologists

Dr Swaminathan may just have been another foreign settled Indian Scientist who produced great research output. Instead he decided to return to his motherland and do his duty in helping a famine ridden nation. Dr Swaminathan’s action speaks an old truth patriotism is a common feature among every great person. Career wise not only did he move prove fruitful to him personally it also resulted in helping an entire nation.

Dr Swaminathan almost became an IPS officer when he cleared the civil service examination unprepared and still got a rank that would ensure his selection for IPS. Despite his family wanting him to go for training in Mt Abu and take an assured job, Dr Swaminathan accepted the UNESCO fellowship and went to Holland to continue his research work on Potatoes. He did however send a letter to the Home Ministry stating that he would take up the job after a year, but once he reached Holland there was no looking back.