Viswanathan Anand is perhaps the most eminent sports personality of India. After reaching the pinnacle of Chess at a young age, he has still continued to reign over the world of chess. This 4 year reigning world champion has seen the trials and trepidations that comes from being in a game that not many follow and yet has received the highest honour bestowed on any sports personality, the Padma Vibhushan. 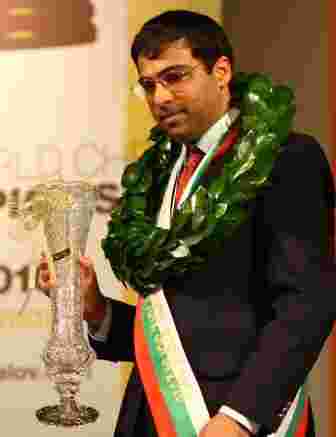 Viswanathan Anand is notorious for his long practice sessions and preparation rounds before every game. He is someone who believes in the old adage, Practice makes a man Perfect. In Games such as chess practice is critical. The more games you play and the more moves you go through the more familiar you become of counter attacks and strategizing. It’s a philosophy that’s applicable to every profession.

Viswanathan Anand is known for focussing on just the game and not bothering about any political statements or controversies. It has in fact won him many friends in the chess community with even rivals such as Garry Kasparov, Vladimir Kramnik and Magnus Carlsen all helping him prepare for the 2010 World Chess Championship. When you focus on nothing else but your profession everything else will fall in its place and people will have respect for you and what you do.

When the going gets tough, the tough get going:

Before the start of the 2010 world championship Viswanathan Anand’s flight was cancelled due to the volcanic ash cloud. He reached the venue on the day of the match, exhausted after the long flight and a 40 hour road journey. He had to play the game next day and despite all the exhaustion and mild preparation, he managed to defend his title. It just proves the old adage, When the going gets tough, the tough get going. It is important thus to be tough not just physically or mentally but also emotionally and be able to handle adversity.