Positive thinking is the mental and emotional state of a human being which focuses on the positive and brighter aspects of life even in adverse situations. Everyone has to face ups and downs during job every now and then. Some people take it as a challenge and handle it with audacity. Some take it as a problem and find that they are unable to face it and that’s why they quit even after having a fat purse work and reputed position. There is always the power of positive thinking behind every successful person. It has the power to attract positive vibrations resulting positive results. A person having positive attitude is always admirable everywhere. Positive thinking always acts as a magnet to employers. Let’s see how positive thinking plays a vital role in one’s success.

Here is a story of two people having different attitude. Sandy had applied for a job. She had an interview after one week. Since the very first day, she was losing her self-confidence and had a mindset that she was not prepared for the job and would not be selected. She declared herself unworthy of being successful and declared her failure before the interview. On the day of interview, she became nervous and got distracted. She didn’t even speak in front of employer. Lack of confidence led her anticipation towards failure.

On the other hand, Sam also applied for the same job. He had positive attitude and had confidence that he will surely prepare for it. He started practicing and analyzing himself for the job. At the interview, he spoke with confidence and his positive attitude helped him in getting the job. 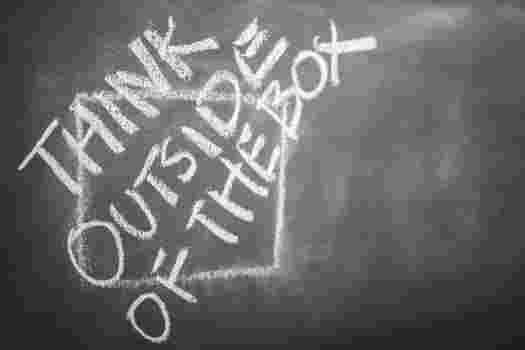 Effect of positive thinking on outcomes:

This world navigates only on the basis of our thoughts. Always believe in the things which lead you towards positive approach and ignore others which divert you from your dreams and stop you from being ambitious. Always remember that our mind is just a suggestion box and it depends on us that what we are going to choose, positive approach or a negative attitude.

According to mindset research, students who believe in positive thinking and have the will power that they can change their intelligence through hard work, always do better academically and practically as compared to those having their intelligence as a fixed trait.

Are you Still Confused about Career?

If you want to get differentiate among all others then inculcate these points in yourself:

The words such as ‘I can’t, I have to, I don’t know’ demonstrates your unworthiness of doing anything. On the other hand, words such as ‘I won’t, I’m going to, and I’ll figure it out’ will totally change one’s perception for you. Try to empower your language for getting beneficial results.

For indulging positive thinking, the need is to work on your inner drive. The change in attitude is not an overnight task. It’s a long term process which makes you special and effective among others. Try to preserve your power and use your wisdom for practicing, hard work and commitment towards your job.

Here are suitable career for your personality