Blog » Viewpoint » What do You Need to Know If You’re Planning a Career in IT?

What do You Need to Know If You’re Planning a Career in IT?

IT features as one of the top sectors to work in across the U.S. the U.K. and western Europe – and experiences incredible growth every year. On that basis alone, the prospect of exciting employment in the sector is far greater than many other industries.

So, what happens if you want to get into IT? Is there a specific skillset that employers and trainers are looking for? Or do you simply need to have an interest in technology?

Here, we’ll explore a little more about working in IT – and discover what you’re going to need to know if you’d like to forge a career in the industry. 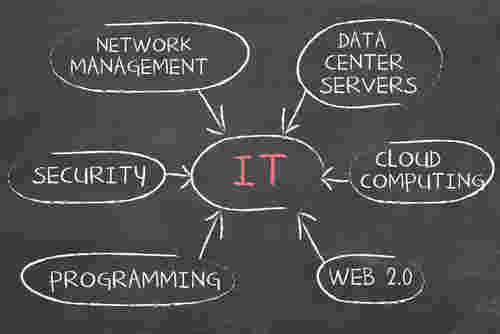 Do you have a specific interest?

Information technology as an overall field is a huge area – the edges of which are somewhat blurred. While many people would consider website design and development an IT role – we’ve concentrated on the more ‘traditional’ IT roles here – essentially, the software and hardware that contributes to IT networks and systems.

Although this definition of IT narrows the overall horizons slightly, there are still thousands of jobs that fit the bill. Here, we’ll explore some of the areas that go toward making up IT as a whole – and detail what each involves…

As a first step into IT, the ‘generalist’ role gives a good overview of each section – but demands a good level of working knowledge in a huge range of areas. In simple terms, a generalist is a ‘jack-of-all-trades’ –or a personal physician, rather than a specialist. If IT is an area you want to explore – the generalist role is a great first step.

As a desktop support specialist, you’ve got a hands-on role that often involves getting IT devices working again when an employee runs into a problem. As well as a good working knowledge of the equipment that’s in front of the person – you’re also going to need to understand the operating systems that power the computer – and the specialist applications the business runs.

Networking is an exciting part of IT that looks at how sites and devices connect and work together. As well as understanding the physical technology, a good understanding of the language protocols that help devices communicate with one another is also important. It’s not uncommon for networking specialists to work for dedicated managed networking providers who then subcontract to larger businesses when they need specialist support.

A server and systems support specialist is similar to the desktop support role – but gets hands on with the larger devices that back the networked computers functions up. If the idea of working in a buzzing server room that’s full of lights and cables is your idea of a good time – this is going to be the role for you.

There’s never been more of a spotlight on cyber-security – so if you want a job that demands you’re always at the cutting edge of IT knowledge, then a security role might be the one for you. Security roles in IT need a systematic way of thinking and working – finding weakness in ways of working that other people might not see. Since security loopholes can appear anywhere – you’ll need to have an excellent knowledge of most parts of the software and hardware picture.

Storage specialists come in various guises – and increasing reliance on cloud-based storage has expanded the role again. If storage is your thing, you’ll bridge between being a server and systems specialist – and a networking guru – understanding where the data is kept, who needs to access it – and what happens when they do.

Internet telephony is increasingly considered an IT role – where in the past telephony was looked after almost entirely be the telecoms industry. Again, this is an area where IT is taking over – where copper lines once carried voice, we’re now seeing more and more voice being carried over internet provided lines. As an IT telephony expert, you’ll be heavily involved in networking – but a little more specialised again…

General skills needed in IT

Although it will depend role-to-role, communication skills can be helpful if you’re looking at a career in IT. For instance, working in a desktop support position, you’ll be required to talk to the people whose computers are experiencing problems.

That said, there are a lot of IT professionals who pursue roles that keep them off the front line because they prefer not to have a lot of communication in their role. If this sound more suited to you, you might want to look at a position where you’re based more in systems – perhaps focusing on storage or server administration.

As we’ve already mentioned, an IT generalist role is often the first position that people will occupy entering the profession. The role doesn’t usually require any specialist training – and will give you a good overview of how systems and IT professionals gel together, especially if you’re working in a company that has multiple sites and a fairly large-scale network.

Although we’ve talked about a handful of IT roles here – there are literally thousands to choose from – some based in these foundations, others that focus more on the business side of IT – and how IT can be used to help a company grow – as well as interpretation of the data that IT offers about how that business is performing.

There are thousands of courses and accreditation programs that will qualify you as a specialist in certain IT areas – although it would be premature to immediately book yourself onto a training course before you’re certain you know which route you’d like to explore.

If you’re considering entering training of any kind, make sure you talk in detail with the course providers about what skills they anticipate you’ll need and the kind of roles that might open up to you at the other end of training. Accreditations in IT are often costly – and with such a wealth of jobs available, it pays to make sure you’re investing your time and effort in something that you’ll enjoy going forward.