As Career Counselling benefits are getting recognized globally, it has been recommended by the American School Counsellor Association that the student to counsellor ratio should be 250:1 for the ideal education economy. However, this condition is met by very few states across the world.

Even the USA, which is a developed nation, has an average country-wise ratio of 491:1. In many countries, it is a common education issue that students do not understand the areas and career fields where they can excel.

Students are negligent towards their own strengths and weaknesses, and they take up a career based on: 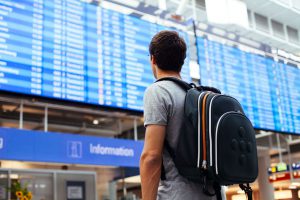 They often end up in unsuitable career fields which decrease their motivation to complete their education.

Many students drop out of their schools and colleges due to reasons similar to the above stated. However, a proper career counselling session combined with psychometric assessment can help the students to understand their skills and talents and use them in a specified career field to ensure success.

Education access to girls has always remained a big concern for several educationists. In fact, certain troubling nations consider providing education to the girl child as a sin and against their religion.

Amidst such situations, it becomes paramount that career counselling is provided to not only the children but also to their parents, teachers and the people involved in making rules for society.

A career is generally considered as a second preference for women and this also defines the disparity since men are traditionally expected to pursue their career strongly and provide for their families.

According to UNICEF, globally there are more than 121 million students who are out of school and out of them, 54% are girls. The situation is quite grave in sub- Saharan African countries which have more than 80% of the girls from the above-mentioned statistic. 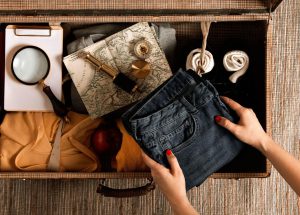 Whilst the whole world is taking measures to improve gender parity, there are some countries such as Mongolia, Lesotho, Nicaragua, Philippines, Namibia, Trinidad and Tobago and Guyana where disparity actually favours women.

From the Enrolment Rate of men and women of age 15- 29 in 17 noted countries, it is clearly visible that there is no or very little gender discrimination in education. In most countries, the enrolment rate of women is more compared to men but the difference is not much.

But in India the difference is 8.2%, which is due to gender disparity in the country, however, it can be a soothing fact to observe that the difference is becoming narrower year after year indicating increased awareness towards girls’ education.

Career counselling is also about managing and organizing human resources in the country and employment becomes an indicator to reflect these efforts.

In the last decade, governments of various countries are taking up efforts to enhance their labour market policies in order to help the youth to attain employment, retain their jobs and as a result reduce government funding towards unemployed youth. Some policies include job and career counselling to the youth so that they are able to identify suitable jobs for themselves. Trending
Tips to get Government Jobs

Many countries have started National Career Services which serve as a national platform for career counselling.

The success of these policies can definitely increase the rate at which the unemployed can find jobs. Although, there are no proven sources that can ensure the impact of career counselling on re-employment, yet employment issues have been solved in many countries through career counselling.

The Economic situation is beyond the control of career counsellors however, skill deficit can be effectively solved by them.

Although, economic the condition within the Euro region is also responsible for the fact, yet, lower education standards and lack of proper procedures cannot be neglected. Career counselling is much required in these countries to improve the job scenario and thus the economy.

So this is the end of the post Does Career Counselling address Social Issues?. Hope You Enjoyed it. Here are more Career Related Blog Posts.