With cybersecurity being the current norm, the industry has its shares of influencers just like social media platforms. These “influencers” range from cybersecurity experts to privacy reporters, and they are well known for their respective roles. They provide insight, research, and help, regarding cybersecurity. 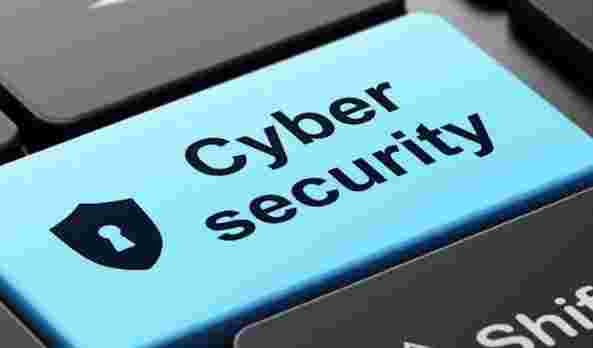 This list includes VPNpro’s 10 hand-picked influencers, with a brief background and their current projects:

Bruce Schneier is associated with the Berkam Center for Internet & Society at Harvard Law School, and a program fellow at the New America Foundation’s Open Technology Institute. Schneier has been employed by IBM ever since they acquired Resilient Systems, where he was CTO. Bruce is also a contributing writer for The Guardian.

The Economist refers to Bruce Schneier as a “guru” in the technology and privacy field. Having 13 books published under his name, an active speaking agenda and being called upon by both industry leaders and government officials for his opinion, Schneier is a highly ranked expert. His personal site has new content almost daily.

Katie Moussouris is an entrepreneur and authority on the topic of vulnerabilities and bug bounties. If a company wants to find out where they’re weak by having others try to hack them, they’ll probably call Katie. She did (and does) just that for the Department of Defense as well as working with some of the most prestigious universities in the world.

Eugene Kaspersky graduated from The Technical Faculty of the KGB Higher School in 1987 with a degree in mathematical engineering and computer technology. Kaspersky’s interest in Information Technology began when one of his office computers was infected with the Cascade virus in 1989. This is when he decided to create a program to remove it.

Eugene Kaspersky is one of the most common names that crops up when it comes to cybersecurity. He lives in Moscow, but travels often. His website and tweets keep us updated with everything related to cyberspace.

Director of Cybersecurity at EFF (https://www.eff.org/), Tech advisor at Freedom of the Press Foundation (https://freedom.press/)

Galperine showed an interest in computers in the early years of her life, as her father was a computer security specialist. She attended college at San Francisco State University for political science and international relations while working as a Unix system administrator at various companies in Silicon Valley. Galperin joined the EFF in 2007. Prior to EFF, she worked at the Center for US-China policy studies.

Eva Galperin is an expert on the topic of malware. Her research has been influential in highlighting malevolent practices around the world. Galperin’s expertise is in helping vulnerable populations keep themselves protected from an antagonistic cyber world.

Founder and President of Rendition Infosec, Editorial Board for SANS Institute

Senior Director of Information Security at The New York Times

Sandvik was an early developer of the Tor anonymity network, a cooperative facility that helps individuals obscure the internet protocol they are using to access the internet. Sandvik is a technical advisor for the Freedom of the Press Foundation, serves on the review board of Black Hat Europe, and has interviewed Edward Snowden in 2014. In February 2015 Sandvik recorded her efforts to retrieve information about herself through FOIA requests.

Specifically, she helps journalists understand security in a way that helps them inform the community. In addition to her work at The New York Times, Sandvik is an accomplished public speaker.

Troy Hunt, an Australian web security expert, best known for public education and outreach on cyber security matters. troy authored Have I Been Pwned?, a data breach search website that gives everyday users the ability to see if their personal information has been compromised. He also is the creator of ASafaWeb, a tool that performs automated security analysis on ASP.NET websites. Starting in 2011, Hunt was named a Microsoft Most Valuable Professional (MVP) in Developer Security, and was recognized as a Microsoft MVP of the Year in 2011 and was also named a Microsoft Regional Director in 2016.

Wei Chen is an important contributor to Metasploit (https://metasploit.com/), the most popular open-source penetration testing software. Also known as “sinn3r” on various online profiles, Wei is not active on social media platforms, but does Tweet quite frequently about matters of security and development.

From the early 1990’s, Graham Cluley has been the head of the cyber security world. His expertise granted him ties with the largest security names, like McAfee and Sophos. In the year 2011, he was inducted into the InfoSecurity Hall of Fame in Europe. Now, he concentrates on cybercrime news and discussing security issues globally.

Adrian is a cybersecurity veteran and the Co-Founder of Savage Security, a company that offers all of its “successful, proven research” to anyone who requires it, free of charge. Adrian is the Founder of BSides Knoxville (http://bsidesknoxville.com/), a conference tackling concerns directly and indirectly related to security. If you’re interested in hearing what he has to say, you can follow him on his active Twitter account.