“There is a link between the sole and the soul.” — Shiamak Davar 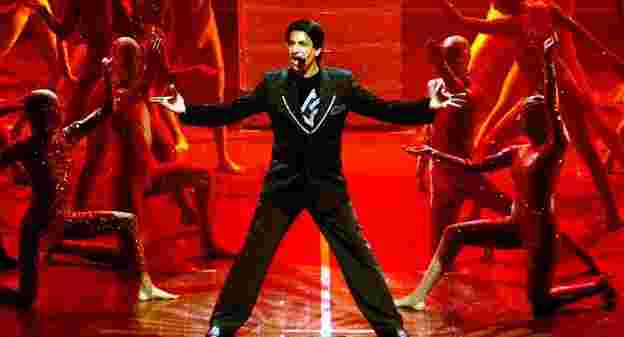 From the rainy dance sequence of Shah Rukh Khan’s Chak Dhoom Dhoom to Hrithik Roshan’s fast-paced Dhoom Again, we’ve been dancing to the songs choreographed by Shiamak Davar since the 1990s.

Shiamak Davar is known to have modernized India’s dance scene, especially in the film and theatre industry. Although, many of us may not know that Davar’s first Bollywood break, Dil Toh Pagal Hai, was suggested by Shah Rukh Khan who used to hang around Davar’s classes while waiting for Gauri Khan.

Davar was fond of acting and singing since childhood, and discovered his love for dancing only at the age of 20. Today, he shares the stage with musicians such as Bryan Adams, Eddy Grant and Sting, and has worked with various international celebrities including Oprah Winfrey, Tom Cruise and Will Smith.

All of this started with a child entertaining everyone in this living room, with a Coke bottle in his hand.

Davar’s uncles were the Wadia brothers, renowned producers and directors in Bollywood. As a child, Davar wanted to be an actor and would regularly perform and sing for his friends and family members. He used to make an entry from behind the curtains and hold a Coke bottle in his hand as a mic.

Davar went to the Cathedral and John Connon School in Mumbai, and then studied at the Sydenham College of Commerce and Economics. During his formative years, Davar participated in various shows and competitions as an actor, and was noticed by prominent theatre personalities. As was discussed with his father, Davar was free to pursue his interests as soon as he graduated from Sydenham College. 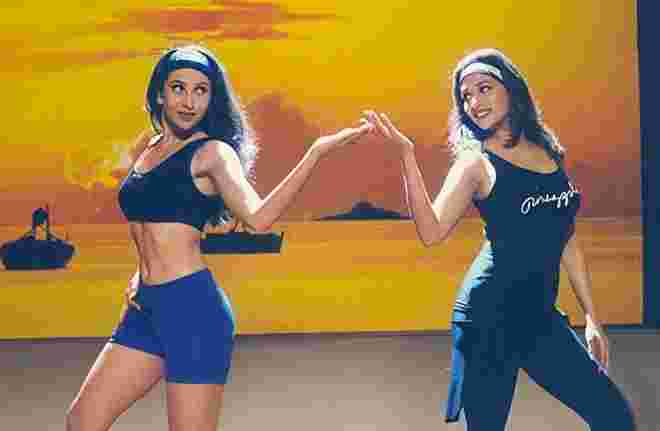 Aspired to Become an Actor; Realized His Passion for Dance at Age 20

Though Davar’s grand uncles had the Bollywood connection, his family was that of educationists. Davar’s grandfather founded the Davar’s College of Commerce in Mumbai during the year 1900, while Davar’s father was a professor at the Massachusetts Institute of Technology.

After his graduation, Shiamak Davar went to study at premier performing arts institutes in London, including the Guildford School of Acting. London would soon become the place where Shiamak Davar took more interest in dancing and realized his passion for it.

Attended the ‘Guildford School of Acting’ in London after His Graduation

Davar had been a fan of performing arts – drama, dance and music – as a child, but his passion for dance spiked only after a training session at the Pineapple Dance Studios in London.  Dance gave him a “unique sense of satisfaction” and he decided to spread this joy to as many people as he could. After getting trained at the Pineapple Dance Studios and the Guildford School of Acting, Davar returned to India to take his first dance class with seven students.

Started Taking Dance Classes in 1985 after Returning to Mumbai, India

Davar’s strong belief in his spiritual gurus enabled him to explore his dance training business, instead of focusing on his singing and acting career. Out of the seven students he had in his first class, five of them hailed from his family and friend circles. Davar faced “immense humiliation and ridicule” when he started his training in dance forms that were unusual to most Indians. People questioned the sexual orientation of the boys who dance to contemporary jazz moves, the values of the girls who wore short outfits, and the dance style in general that was Western and not Indian.

Career as a Choreographer

Nonetheless, Davar stayed positive and fearless, and people eventually began to accept and appreciate his efforts. Today, the tables have turned. People from across India want their child to learn contemporary jazz and western dance forms from Shiamak Davar’s institute, including the popular “Shiamak Style” of dancing that is a unique blend of Indo contemporary and modern dance movements. 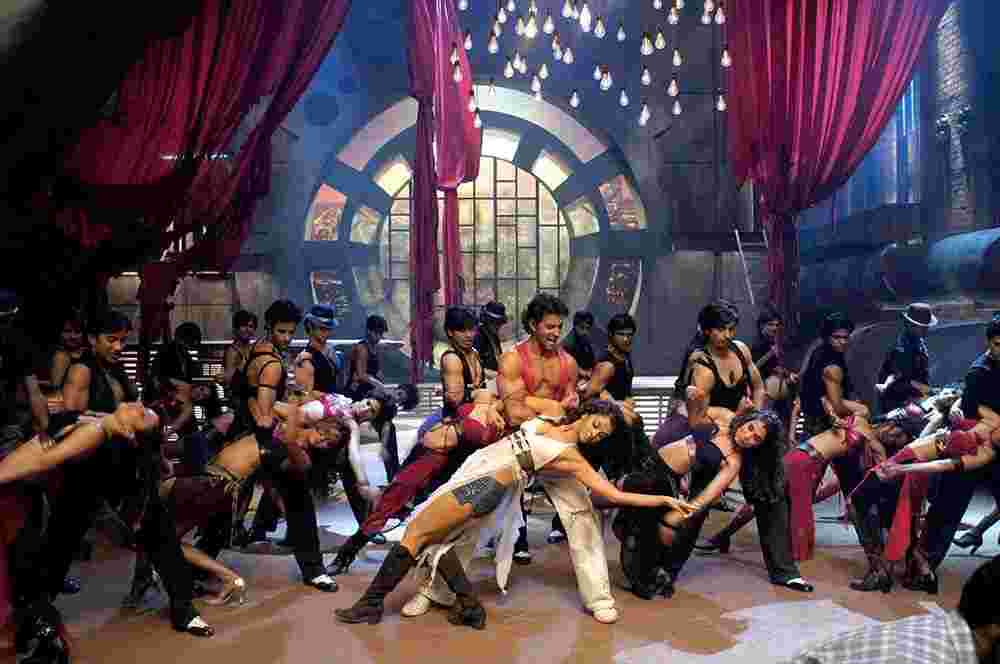 Founded the ‘Shiamak Davar Institute of the Performing Arts’ in 1992

To support Davar in this initial phase, some good friends got enrolled in his classes – including actor Kitu Gidwani, model Rachel Reuben and singer Lucky Ali. These classes soon started gaining popularity and Davar founded the Shiamak Davar’s Institute For The Performing Arts (SDIPA) with “Have Feet. Will Dance” as the mission statement. SDIPA has now become a global dance education movement that has improved the lives of millions of dance enthusiasts across Australia, Canada, India, UAE, UK and USA.

Bollywood superstar Shah Rukh Khan (SRK) was a promising 25-year-old actor when he married Gauri Khan. SRK used to wait for his love interest Gauri to finish with her dance classes given by Shiamak Davar. That’s how Davar met SRK and eventually decided to take up the choreography for the 1997 blockbuster Dil Toh Pagal Hai.

Davar invented a dance form that blended classical Indian with Western jazz, and also introduced the concept of background dancers in the Indian film industry. The movie won Davar the National Film Award for Best Choreographer and the appreciation for Davar’s style of choreography grew both within and outside the city of Mumbai. Davar went on to choreograph songs for Bollywood superhits such as Taal, Bunty aur Babli, Dhoom 2 and Rab Ne Bana Di Jodi.

Started the ‘Victory Arts Foundation’ in 2004 for Underprivileged Children

Davar considered dance as an art form as well as therapy. He noticed people exposed to dance evolving into better version of themselves – with children performing better at school and adults leading happier lives in general. With his interaction with many people over two decades, Davar realized that the underprivileged and differently-abled children needed dance more than anyone else. He founded the Victory Arts Foundation (VAF) in 2004 for children with special needs, to spread the joy of dance to all. VAF took the motto “Have Feet. Will Dance.” one step further to “Have Spirit. Will Triumph.”

Directed and Performed at the 2006 Commonwealth Games, Melbourne

Davar started gaining worldwide popularity during the 2000s. He directed and performed at international events such as The World Economic Forum, Davos (2006) and the closing ceremonies of the 2006 Commonwealth Games in Melbourne and the 2010 Commonwealth Games in New Delhi. During former US President Bill Clinton’s visit to India in 2005, Davar was appreciated for his world-class performance. The closing ceremony in the 2006 Commonwealth Games was a “magical experience” for Davar, where he put up an 11-minute extravagant show, with 400 dancers from his troupe and 300 Australian dancers trained by him and his team. 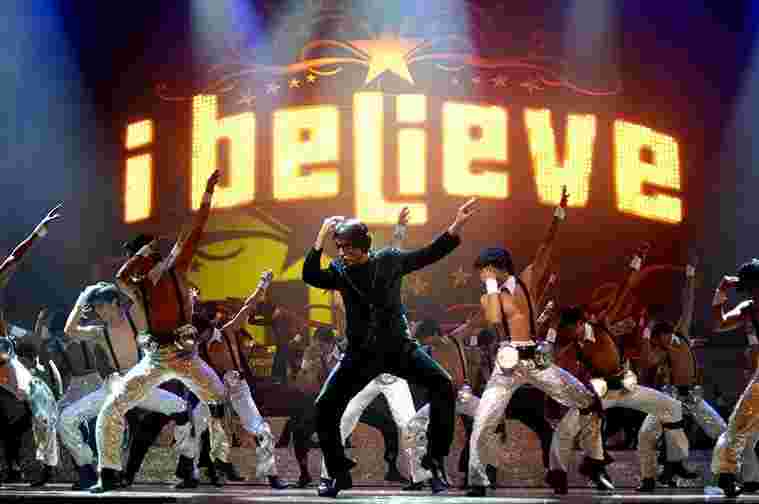 Davar performing with his students at the ‘I Believe’ spectacular (2010)

Received the Honorary Doctorate from Middlesex University in 2011

Life came full circle for Davar when he received an honorary degree by the Middlesex University in London, the city where he realized his passion for dance. He was recognized for his contribution to entertainment in India and throughout the world. This was a special highlight for Davar also because his grandfather and father were both a PhD by degree.

Choreographed Kevin Spacey and John Travolta at the 2014 IIFA Awards

Davar had been associated with the International Indian Film Academy Awards (IIFA) for more than a decade. At the 2014 IIFA Awards in Tampa Bay (Florida), he choreographed Hollywood stars Kevin Spacey and John Travolta and numerous Bollywood stars including Priyanka Chopra and Hrithik Roshan. Davar’s choreography for Hrithik Roshan took Travolta by surprise. In the same year, Davar also choreographed the dance sequences for the Tom Cruise-starrer Mission: Impossible – Ghost Protocol. 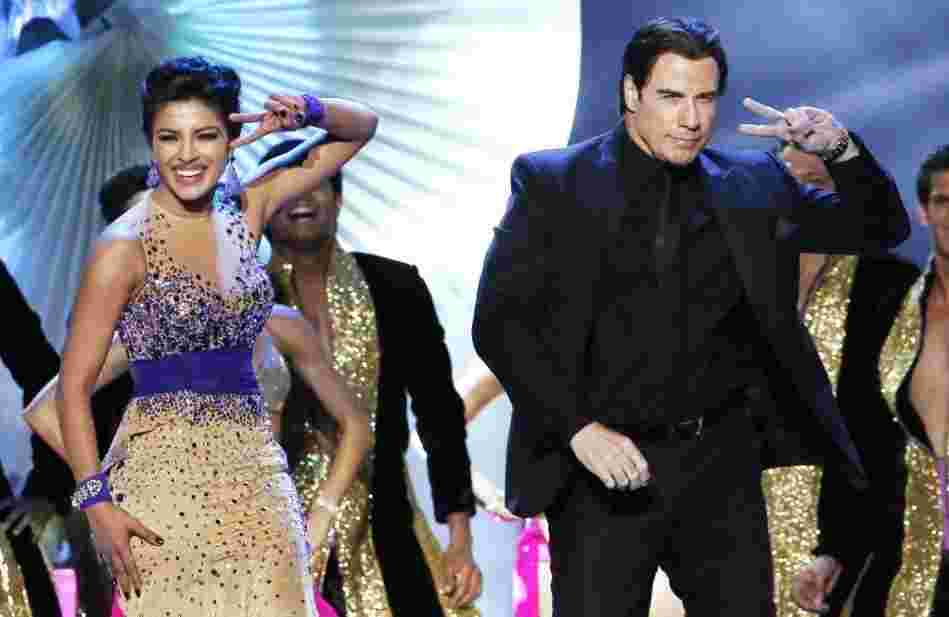 Besides choreographing various Indian celebrities for stage performances during award functions, Davar has also trained and mentored numerous Bollywood actors who have excelled at dancing. The list includes Shahid Kapoor, Varun Dhawan, Sushant Singh Rajput and child actor Darsheel Safary, all of whom have been part of the Shiamak Davar Dance Company.

What We Can Learn from Shiamak Davar’s Career Story

Some blissful things in life are too good to be made a career out of. Dance was one such thing in India during the 1990s. When Shiamak Davar decided to give his first dance training session, he might not have done it just to pioneer ‘dance as a career’ in a country filled with doctors, engineers and lawyers. Davar did it for the love of dance and the joy it brought to people’s lives.

Hailing from a family of educationists, Davar did embark on a different journey when he decided to take up performing arts as a career, but eventually he did become a world-class educationist in performing arts itself. Davar trusted his spiritual gurus and took up dance training after returning from London, despite having had a deep interest and prior experience in acting and singing since his childhood days. Sometimes, we just need to listen to that force bigger than ourselves.

The most important lesson we can learn from Shiamak Davar’s career is his ability to resist and overcome all the ridicule he went through after introducing contemporary dance to India. This might remind us of Mahatma Gandhi’s quote: “First they ignore you. Then they laugh at you. Then they fight you. Then you win.”

Fortunately, Shiamak Davar agreed to take up the choreography for Dil Toh Pagal Hai, otherwise we might have never witnessed many of the stylish and enchanting dance performances in Bollywood that followed. Davar has a strong self-belief and endless energy that he is able to transfer to every student he has ever had, leaving a legacy for himself. All the world’s a stage, and the stage is all yours.