Blog » Exclusive Interviews » Literacy is still a number, we have yet not achieved the outcome of educating our children!

Literacy is still a number, we have yet not achieved the outcome of educating our children!

Have you ever thought how is Indian education system performing for the majority of students? After seeing many Indian students working at the top most prestigious designations in different corporations and organizations, have we forgotten that still, a major section of our students is unable to reach 12th grade? The education system, different government schemes, loan facilities for the students and career counseling fail to reach millions of students across the country. There are various underlying social problems in our society which are needed to be solved before we can actually think of achieving our aim of providing career counseling to each and every student of the country.

To analyze the actual situation in depth, we talked to a government Physics lecturer who has been teaching and trying to improve social conditions of various students through education. Mrs. Nidhi Bansal has been serving in different government schools of Haryana for the last 25 years. Currently, she teaches in a small village of Sirsa district in Haryana. She has also taught in a private school at the beginning of her career for 3 years. She has wide experience with students since she has taught in different levels of government schools. She is the right person to tell the actual educational scenario in the country since during her service tenure she has taught in schools with extremely poor family students to those schools having high achiever students.

Since Mrs. Nidhi has an experience of teaching in villages as well as good cities, we wanted to know about the difference she observed in the study culture. She gave a very clear picture by saying that there are very few students in government schools who have aware parents. This percent further decreases to almost zero in rather backward villages. In many rural government schools, a big percentage of students belong to farmers and labor families. These students remain absent from their schools for months when there is a season of crop harvesting. Many parents send their children to neighboring states for labor for months when there is an increase in labor demand. These parents are generally not much interested in schooling and instead, they think of earning some extra money through their children. 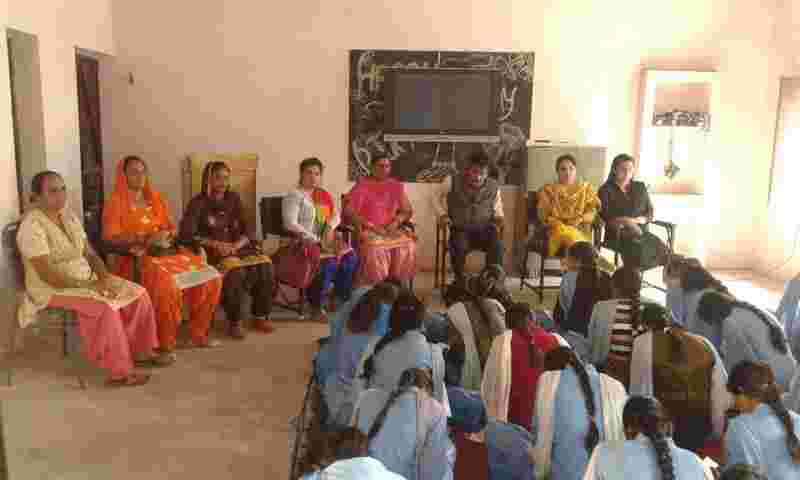 There came a question of awareness level of parents regarding future of their children studying in government schools. According to Mrs. Nidhi, most of the parents are unaware. They are generally poor and are not able to afford fees to send their children to a private school. The problem arises when students are not motivated enough to study due to the non-favourable environment at home. Further, the situation is aggravated by government’s policy of not failing students until the 8th grade which makes the students even more negligent towards their studies. From her experience of teaching students of grade 11 and 12, she says that many students at this level are not even able to read and write properly.

We further asked her if she has found students with decided goals in her teaching experience. She goes to the deep-rooted problem while answering this question. She said that since a larger segment of students belongs to poor families, they have no understanding what future they can expect from receiving an education. They are mostly unaware and lack focus in their life. Many students come to schools for the mid-day meal provided free of cost to them by the government. Most of the students just clear 10th grade or at the maximum 12th grade and do low skill jobs in nearby areas. Very few students take up ITI diploma courses and learn skills that can give them a good income. Some pass 10th grade only to take undue benefit of government schemes of small scale business loans. The situation is graver for girls. Most of them get married after they clear 10th grade. However, in bigger cities, the situation is comparatively better due to awareness of parents as well students.

We were concerned and curious to know the impact of perks given by the government to students studying in government schools. She said 60-70% of students take admission for the freebies given by the government. Till 8th grade, students are given free books, uniform, bag and they have to pay no fees. Further, these students get a stipend for studying which varies from Rs150 – Rs400 per month. Many students come to school only for this money and other facilities they get in school. In fact, there have been many cases where students have been caught misusing this money. Mrs Nidhi has her opinion that luring students through money and food is not a solution of increasing literacy. Increasing awareness is highly required for these students and they are needed to be guided about how they can shape their future.

This is the situation in many government schools even when the teachers are highly qualified. People have a perception that government teachers and lecturers don’t teach students properly but she says that a majority of teachers in government schools try their best to create a better future for their students. The government teachers not only help the students academically but also consider their home environment and encourage them to study hard to make a better living. However, some of the schemes started by the government such as not failing students till grade 8th has resulted in degradation of students’ interest in studies. 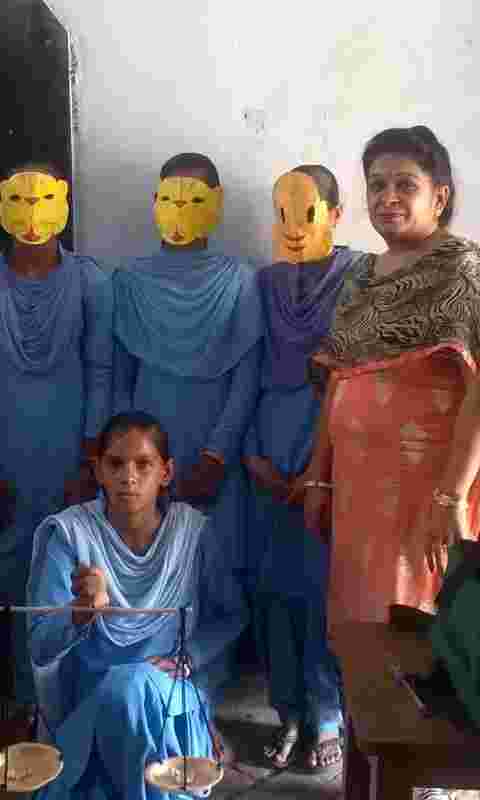 Although the government tried to bring digitization in education but a lack of basic facilities such as electricity has failed those endeavors. A few years back, EduSat and DTH programs were implemented by the government to provide video streaming of classes to the students, but these systems are not working these days due to lack of technicians and non-working equipment. Several events are organized in government schools such as painting competition, dance, singing etc. to encourage students but the problem comes when for example a student does not even have colors and the school does not have any funding to provide those. There are many similar basic problems where government schools face troubles. A sense of relief is that computers have reached all the government schools.

In a majority of rural government schools, career counseling is not yet heard of!

She believes that career counseling is a step that can improve the real scenario of education. Students are needed to be guided at 7th-8th grade when they are able to grasp the importance of making a career. She agrees that many students in government schools are capable of making a good career but the only problem with them is a lack of motivation and professional guidance. She proposes that parents should be made a part of career counseling that is provided to the students. Mrs. Nidhi, from her experience, says that many parents think that education after school is a costly affair and them without even asking anybody discourage their children to continue their studies. Along with this, they are needed to be made aware of the loan schemes for education.

For her, education is not just opening schools and making students come to the buildings, but helping them in making their lives!