Blog » Viewpoint » Stand out in the crowd!

Stand out in the crowd!

Today, there is extreme competition in everything. Right from getting a coveted seat, getting a decent job to exchanging old notes for new! This article addresses the first two issues and conveniently ignores the third in the previous statement. Sorry to let you down; not my core area; you see!

Let me take you to our independence movement. To Mahatma Gandhi and his role in it. How did he turn from Mohandas K Gandhi to Mahatma Gandhi? I hope, you are not thinking of currency notes at the mere mention of “Father of the Nation”! Well, jokes apart; let’s get cracking.

Gandhi was motivated to fight the apartheid that was prevalent in South Africa, during the time he practiced his law there. But, he actually started fighting it, when he experienced it personally. In his youth, he used to love all the good things that life had to offer. Like good clothes, conveniences like traveling first class etc. When he was thrown out of the train at Pietermaritzburg, in spite of having a valid first class ticket; he felt helpless, disappointed and dejected. He experienced first-hand, what the coloreds and the blacks were going through. That is when he decides that he needs to do something about it. He never looked back, after that. 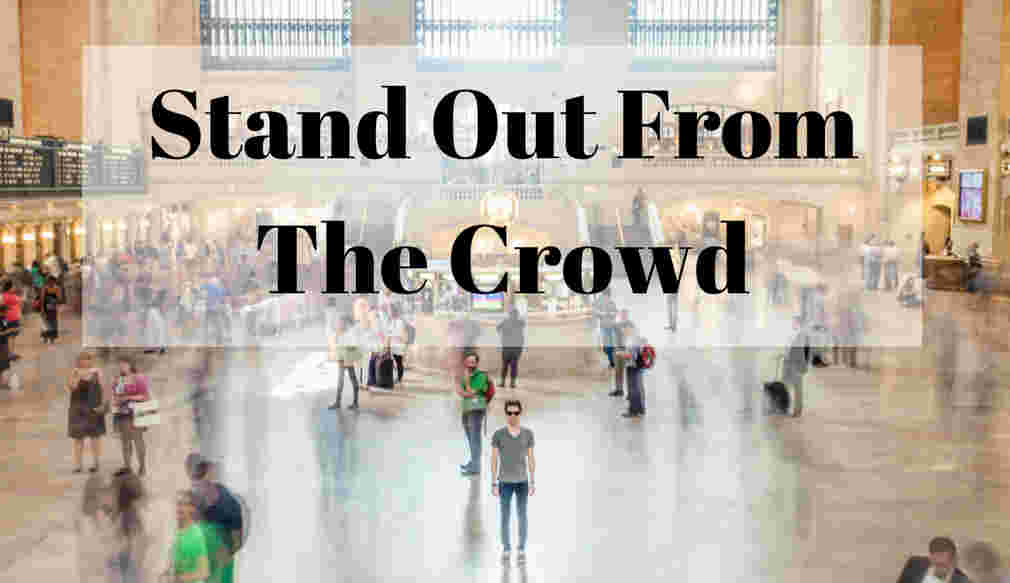 Lesson 1: One can get motivated by rejection and make a resolve to make sure that it will never happen again. Rejection is not a full stop, but just a comma and a pause. Maybe, in a lighter vein; it can kick on your backside that is required to ensure that you get up and kick some real ass!

Gandhi then returns to India, after propounding and testing the concept of Ahimsa (non-violence) and Non-cooperation in S. Africa. But, he doesn’t join the Congress and jumps on the political bandwagon. Instead, he wants to explore the country and learn first-hand the problems that the people of India are reeling under. He starts a newspaper and keeps writing his opinions in there. In the meantime, the Indian National Congress, a party of Indian intellectuals and the educated, was conducting its annual conferences. They used to pass resolutions asking for some better terms for the people. The ruling British never used to take those resolutions seriously. They also kept the leaders of the congress in good humor. The Congress was going nowhere. They needed a breath of fresh air. Finally, out of sheer desperation, the leaders of the Congress party decide to invite Gandhi to address their next plenary session.

When Gandhi gets up to speak, after Jinnah’s emotional oration; the crowd starts to disperse away. As Gandhi was not known to them. A nondescript person. Gandhi doesn’t raise his voice, but he starts speaking in a matter of fact voice stating the problems facing the nation and the Congress. Slowly the dispersing crowd stops in its tracks and starts walking back. Because, Gandhi is speaking their language, citing their problems rather than some emotional rhetoric. Gandhi has been there and done that. So, his words resonate the voice of the masses, rather than that of the elite. This is the first step that makes Congress a representative of the masses of the country. In him, the people find the leader that they were looking for. Then, Gandhi chooses the location, where his presence is required and goes there to stand with the people, standing up to the mighty British Empire. This shows the people that Gandhi is a man of his words and he practices what he preaches.

Have a question regarding your career ?

Lesson 2: Don’t pass judgment on others, if you have not experienced what they have gone through. Be empathetic in your communication, connect and form bonds. If you want to lead, then stand right in the front of the crowd, then you will stand out. Simply put, Stay ahead to stand out!

When we read about Gandhi or watch that much acclaimed eponymous movie; one thing always strikes through. His refusal to accept defeat, his stubbornness to give up. When things go out of hand and there is violence by the Indian masses, he has the gumption to call off the strike. Then, he goes on a fast to make sure that the message goes to the people that if they don’t follow his principles; they are in grave danger of losing him altogether. See, a normal leader’s reaction would be to appeal to the masses, trying to make them stop. Also, which leader would call off a strike when you have the enemy on the ropes? Look at Gandhi’s reaction. He inflicts pain on himself and through that pain, he is sending out a loud and a clear message. And there is no compromise on the principles, no matter what the situation is.

Lesson 3: Be different to stand out. Maybe not so much like Gandhi or you may end up being the next Mahatma. Which is not such a bad thing either? I believe we need another Mahatma, but definitely not another of those Gandhi’s! Another thing, if you feel that it is the right way, then stick to it, no matter what. Something that works for you may not work for others. Hence, a little bit of stubbornness, in not compromising your principles will work out, in the long run. Doggedness in pursuing one’s goals is what ultimately gets us there!

We have seen any number of promising pace bowlers in our country become ‘run of the mill; because the coaches tampered with their bowling styles. They lost the speed and became journeyman players. The also-rans, lost in the crowd. Look at Jasprit Bumrah with his unique bowling action; his elevation to the national team happened because he found his own way to bowl, confusing the batsmen. Need I say more? 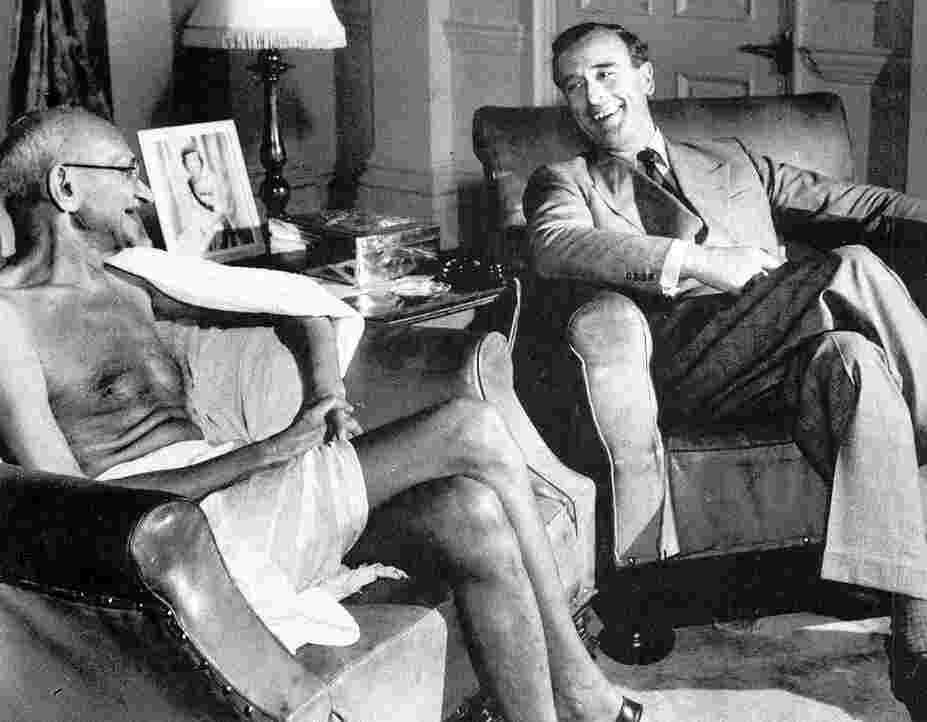 Take a sharp long look at this photo. Who is the other guy with our man, Gandhi? Let me make it easy for you; it is Louis Mountbatten – the last British Governor-General of India. The photo must have been shot in what we call Rastrapathi Bhavan now. If anyone tries to enter the gate of this iconic building, dressed like Gandhi – do you think that he will be allowed to step in? We all know the answer. How could Gandhi pull it off? Do you think it’s proper of him, to go dressed in the way he did? You may argue that his stature would have helped him. It definitely did. Much earlier, Gandhi went and attended the Round Table Conference in London; in much the same way. He was told that he wouldn’t be allowed in that manner. His response was that he would rather not attend the same if he is forced to fall in line. Finally, the organizers gave up. Because, without Gandhi – the true representative of the Indian masses, the conference would turn into a damp squib. Gandhi, as mentioned before, in his youth, was in love with the good things of life. But when he saw that the majority of his compatriots had so little, that for many – that one piece of cloth to cover themselves was a prize possession; he decided to dress down to the bare necessities. He never cared for others’ opinion, and he did what he thought was correct. He had fallen so much in love with himself that he could pull off anything. Let’s get back to the photo; does he in any way feel inferior in his body language? The answer is a resounding No! We can feel that quiet confidence of his, oozing out from the picture. No wonder he was the Mahatma!

Lesson 4: Fall in love, with yourself first! It will help you to accept yourself as you are! With all your strengths and frailties, altogether making a heady concoction, which only you can become. You are unique and accept that. Create your own identity and stick to it. You are a brand by yourself. Build that brand. Don’t compare yourself with others and pull yourself down. Have the faith and belief that you can do things that you want to do and goals that you want to achieve. Develop a unique style without becoming abrasive and difficult to others. Don’t try and fit yourself into a stereotype that others want you to become. I am not asking you to become anti-social or anything like that; but a somebody, who is not like an everybody. Within the boundaries of humanity, you can find your own path! The path to glory and to success! To stand out in the crowd, be different – yes; in a pleasant manner! Another success sutra! Don’t be a copy, but be original!

Quoting Robert Frost from the poem ‘The Road Not Taken!’ which amply sums up, what I am saying; (written in 1920).

“I shall be telling this with a sigh

Two roads diverged in a wood, and I—

I took the one less traveled by,

And that has made all the difference.”

Take the Road, less traveled by! Stand out to become Outstanding! Good Luck!