“I follow the journalism of opinion, which is not PR driven. If my opinion helps bringing about a change, I will opine and not shy behind the wall of neutrality.” —  Arnab Goswami

If you list out all the news anchors in India that can be liked or disliked, but definitely not ignored, then topping that list would be Arnab Goswami. With strong one-liners such as ‘the nation wants to know’ and ‘you cannot escape these tough questions,’ Goswami can take his panelists out of their comfort zones, and even interfere with them while they speak. However, this wasn’t how Goswami approached journalism from the beginning, and was even shy as a child. What made him realize the importance of expressing his opinion to bring change was a terrorist attack in 2008. Soon, his show The Newshour on Times Now became the most-watched English news programme on Indian television.

Being the son of an army officer, Goswami attended various schools across the country. He appeared for his Class X board exams at Mount St. Mary’s School in Delhi Cantonment, and for his Class XII board exams at Kendriya Vidyalaya in Jabalpur Cantonment. Goswami’s grandfathers were eminent personalities too. His paternal grandfather was a freedom fighter, lawyer and Congress leader; and his maternal grandfather was a Communist and leader of the opposition in Assam. Although Goswami was a shy kid, he enjoyed debating at school. 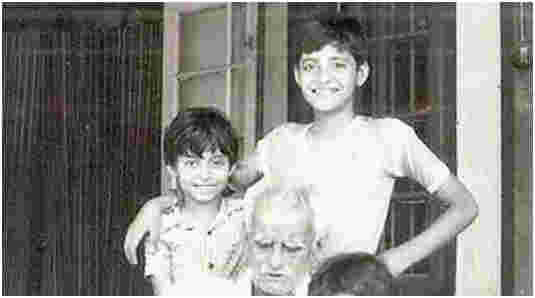 A young Arnab Goswami (R) during his childhood years

Graduated from DU and Oxford University; Had a Stint in Print Journalism

Feeding his interest in the study of human society, Goswami completed his BA (Hons.) Sociology from Hindu College, University of Delhi. He then secured his Master’s degree in Social Anthropology from  St. Antony’s College, University of Oxford. In the same year, 1994, Goswami returned to India to join The Telegraph office in Kolkata as a journalist. He wasn’t very happy with print journalism and started looking for opportunities in television. Goswami left his first job within a year.

Before leaving his job at The Telegraph, Goswami seeked guidance from fellow Oxford alumni Rajdeep Sardesai, who supported his decision to join TV journalism. Goswami joined as a news broadcaster in 1995 with NDTV 24×7, and also worked alongside as a reporter for DD Metro’s programme called News Tonight. In 1998, he turned news editor and co-hosted the Newshour show with either Barkha Dutt or Rajdeep Sardesai. Goswami was also host of Newsnight, another news analysis programme on NDTV. In 2003, he won the runner-up award for Best News Anchor Asia, at the Asian Television Awards. 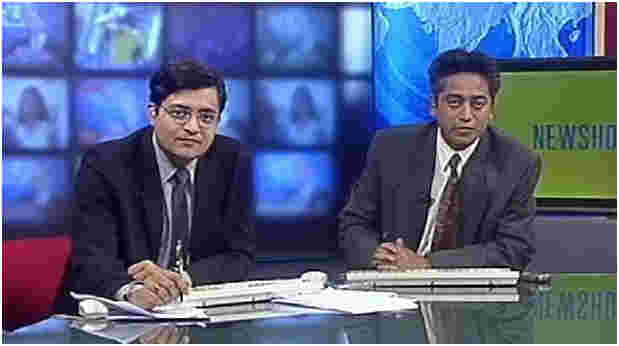 Goswami had always been a passionate journalist. Be it his first TV interview with Sonia Gandhi; or his will to report live from the sight of 2001 Nepalese Royal Massacre, despite being attacked by an angry Nepali mob. Goswami wrote a book called ‘Combating Terrorism: The Legal Challenge,’ and was also a Visiting D C Pavate Fellow at the International Studies Department, Sidney Sussex College, University of Cambridge in 2000. Despite all of this, he wanted to quit journalism in 2002. Goswami did not like the system of “mutual cooperation, sycophancy and corruption” and believed that journalism in India missed the “ideal activism and dissent.” Eventually, Goswami got his way of journalism with Times Now.

Times Now, the news channel launched by The Times Group, provided Goswami with the befitting platform to run his own show in his own style. The calm discussions he used to have in news studios was replaced with live debates. Goswami turned his school hobby of debating into a career. Besides running the live debate show called The Newshour, he also started with the interview programme called Frankly Speaking with Arnab that has featured famous personalities such as Indian PM Narendra Modi, former US Secretary of State Hillary Clinton, former Afghanistan President Hamid Karzai, and the 14th Dalai Lama. What made The Newshour really popular was the change in Goswami’s journalism style, that was triggered by the 2008 Mumbai attacks. 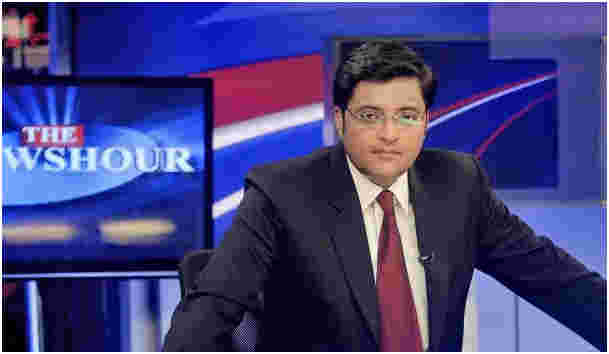 Goswami during The Newshour show on Times Now channel (2016)

The terror attacks in Mumbai from Nov. 26-29, 2008, had a large impact on the way Arnab Goswami approached TV journalism. He realized that there was no point in journalists not expressing their own opinion, so he became more assertive about taking a stand. Post 2008, The Newshour show became more argumentative with Goswami bringing his own point of view to the debates, making the debates more transparent and eventually boosting the show’s TRP and social media attention. Arnab Goswami was honoured with the Ramnath Goenka Award for Excellence in Journalism (TV) in 2010 and was ranked 26th in India Today’s Power List of 2014, besides winning other awards and recognitions.

What We Can Learn from Arnab Goswami’s Career Story

Goswami’s story would remind you of Steve Job’s quote on people who have no respect for the status quo — “You can quote them, disagree with them, glorify or vilify them. About the only thing you cannot do is ignore them, because the change things.” The one trait that worked quite well for Arnab Goswami was his openness to change, which may have been developed during his childhood days at different schools. He was ready to leave print journalism for television, then he left the political capital of India for Mumbai, and also decided to change his way of journalism by exercising his freedom of expression. The journalist who was once ashamed to one, created opportunities for himself to practise his own kind of journalism that was not comfortable, by “asking the toughest question to the most important person.”