After successfully motivating and enlightening students on the appropriate way of choosing a career, we stepped into the actual process of sorting the confusion that was created.

Students were enthusiastic to know how the test would be? Whether it would be like the semester test they have in school? Which subject would the question be based on?. With such and many more questions the students entered the venue, few still at the counselors desk with a questioning mind about the test.

All these questions were answered by the counselor, with just one answer, “Wait and Watch”. 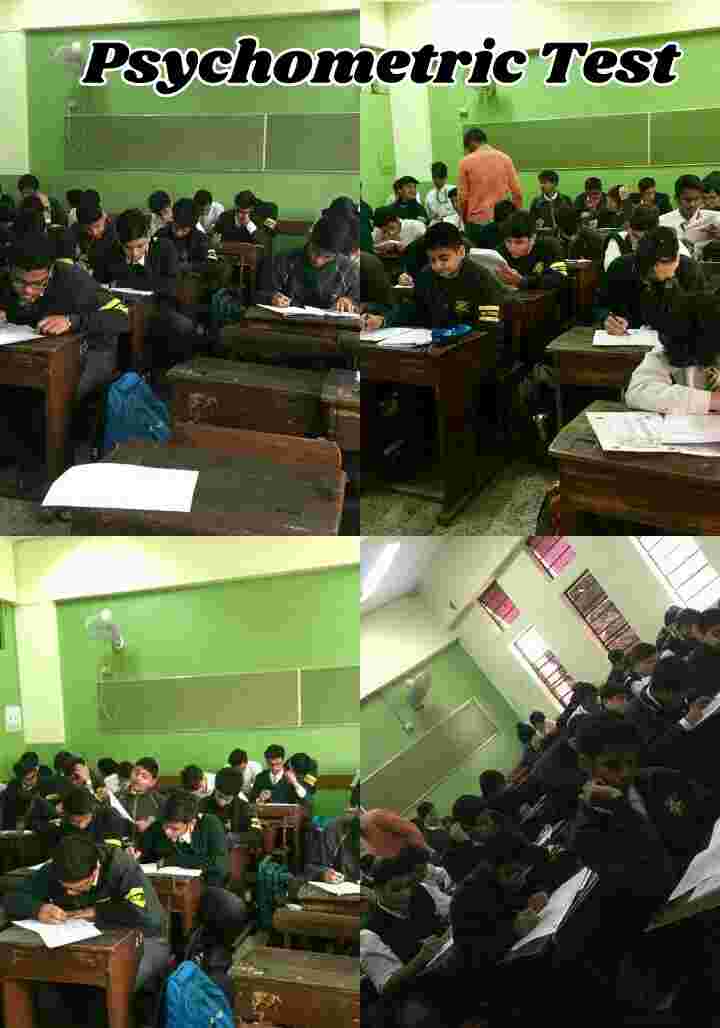 A brief about the test was given to the students and they were also told that with every test instructions would be given. The only necessity was, being attentive and being open minded. No preconceived notions were needed.

With this began the Aptitude test, a test that would determine the students innate potentials, their strengths and interest area. The test which spans for around 1 hour, consists mainly of objective type of questions and are of a multiple choice format. The questions are purely based on the students reasoning capacity and focuses mainly on academic subjects like Math, Science and ARTS (Humanities). As they were time based test, students were asked to be quick and not waste much time over one question. The marking pattern was shown to them and was told that for any doubts in terms of reading the questions etc, they could ask the counselor present in the room. Another important instruction given, was that they were not to think about the result of the test, nor about their past performance mainly in their academics, as that hardly mattered.

The initial fear of the students disappeared as the test began and took its flow. They approached the test enthusiastically and were enjoying every bit of it. Few of them, were not ready to submit their papers, because due to the time limit they were unable to solve the questions and during the breaks asked the counselor to give them the question paper so that they could solve the unanswered questions.

Day 2 ended well, with students enjoying every bit of the test. But again leaving behind a question what would be the result of the test and will they be assigned a career they wish to opt for or otherwise?