The infamous combination of Physics, Chemistry and Mathematics or collectively known as PCM or Pure Science. Most of the students tend to choose science due to the variety of options available after 12 in science is wide and uncountable. Most of the students usually takes up science thinking that the major career option post PCM in class 12 is engineering but the reality is something opposite.

There are variety of options after taking pure science in class 12 other than engineering which are gaining popularity and also promise to have a stable future when looked 5 years ahead. This article will highlight the key career options in science and what are the eligibilities to get admission and the available job opportunities in it. The legendary degree which is a sort of dream of almost every middle-class parent is their children opting for engineering and the fact is justified enough as India is the country having one of the largest number of engineers. India has around 5000 engineering colleges comprising both private as well government institutes.

Bachelors of Technology is a professional degree whose curriculum is spread of over four years. There are over hundred of branches in engineering that offers different field of interests to be explored but a few of major branches of engineering are; computer science, information technology, mechanical, civil, chemical and many others. Presently, a computer science engineer (also known as software engineer) has the highest value out of all the branches and is also expected to grow in terms of employment in upcoming years along with good financial stability.

BCA is an easy going three years degree who wishes to have career in the field of technology and coding. BCA usually comes with mathematics, mostly aptitude along with computer science as core papers. BCA is offered by many colleges in India and many students also prefer to do a master of computer applications which offers a higher job designation and hence better growth and financial stability. People usually gets a job designation of a web developer or get into other technical field after a BCA degree. Bachelor of Science is the basic graduation degree in the core subjects. People who wish to become a teacher, professor or a lecturer usually opt for it. But as time has changed a lot, people usually try to enter into the corporate world by a BSc degree. Subjects like computer science, information technology and statistics have made BSc students easier to get into any service-based company. There are three type of BSc degrees available in India, Bachelor of Science (general), Bachelor of Science (Honours), Bachelor of Science (Triple Major). The general BSc comprises of three subjects and languages, the honours degree tends to specialize in one particular subject whereas the triple major degree tends to specialise in all the three core subjects and thus seeking job becomes easier to them due to their varied specialisations. Aspiring teachers usually opt for a master degree in a particular subject whereas corporate people usually like to have certain certifications for their skill upgradation.

Bachelor of Architecture is an undergraduate degree program that is usually completed in 5 years. It is a quite non-cliched and fancy degree program that one can undertake is he or she has interest in various architectural aspects like Interior design, rural & urban planning, building architecture, construction management, transportation planning, landscape architecture, etc. Students who have completed their Class 12 in PCM stream and are interested in architecture can apply for this course different colleges which offers this course. Most of the prestigious and high ranked institutes takes admission based on scores of National Aptitude Test in Architecture (NATA) and Joint Entrance Exam (JEE). Post successful completion of the course, interested candidates may pursue a diploma in a specialisation like Diploma in interior design or a Diploma in landscape design for further career growth. 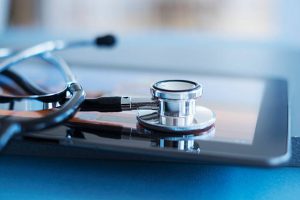 National Defence Academy (NDA) is a joint services academy which includes Indian Army, Indian navy and Indian Airforce. NDA trains aspirants before they go to their respective service academy for further specialised training. Students who have completed their Class 12 in Physics Chemistry and Mathematics but are interested in joining the Indian army, Indian Airforce or Indian Navy may appear in NDA entrance exam followed by the SSB interview (one of the toughest interviews in India). NDA entrances exams happens twice every year. Students apart from clearing the academics assessing rounds, they need to pass the physical test to get a seat in the National Defence Academy. It is one of the most prestigious jobs along with being one of the highest paying designations in India.

So this is the end of the post Top 5 Career Options after Class 12 PCM in India. Hope You Enjoyed it. Here are more Career Related Blog Posts.