STEADY program conducted by Deepalaya in association with CareerGuide.com – A big success!

Deepalaya is a certified NGO that has strived to bring self-reliance among the urban as well as rural poor since 1979. It is mostly focussing on women and children and their benefits. For the last three decades, it has been working to eradicate the curse of illiteracy from the country. It has initiated several projects over the years to improve education scenario in the country and has also worked towards skilling projects that could provide empowerment to women and poor. Deepalaya has been operating in Delhi, Haryana, Uttar Pradesh and Uttarakhand. Deepalaya has helped over 3,00,000 children till date and have given vocational training to more than 10,000 adults. Deepalaya attributes this success to all the agencies they have worked with for addressing different problems and the government which has supported it to carry out all the initiatives effortlessly. In the wake of efforts towards improving education scenario in the country, Deepalaya conducted a STEADY – Support to Training, Education and Development of Youth Project in 2015-16. 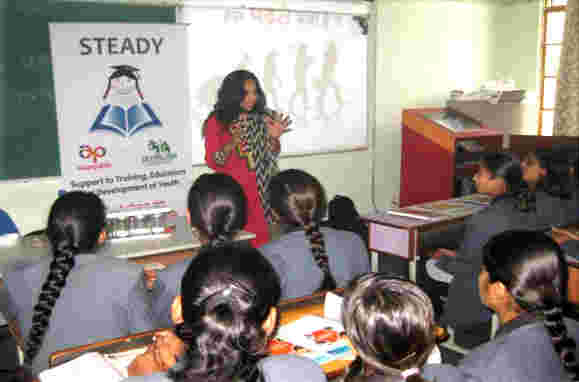 The project was carried out in Kasna village, a semi urban region in Uttar Pradesh state of India. It was observed that there was limited access to education in the region and girls were often neglected in many fields including education. Another problem observed in the education system there was an existing confusion among the students’ minds about what to select as a career option. Boys mostly follow what their teachers tell them or their traditional family occupations. Girls were increasingly facing social problems such as rapes, sexual assaults and early marriage. The government had done little to help in the situation. Thus, the whole program was designed to empower 2000 girls with self defense training workshop. Further, 2000 students were given career counselling so that they could get awareness about their future career scope. Another 30 poor students were facilitated with scholarships.

The project was quite successful with more than 90% attendance of the students in self-defense where 2000 students were registered, approximately 120% attendance in training of trainee, self-defense where 350 students were expected, 101% attendance in career counselling session with an expectation of 2000 students. Also, 30 students were given scholarship as per the planning. Self defense sessions were held by the experts from Martial Arts Academy of India and career counselling was coordinated by the CareerGuide.com’s team. Department of Education and Greater Noida Authority had also given consent for the programme. 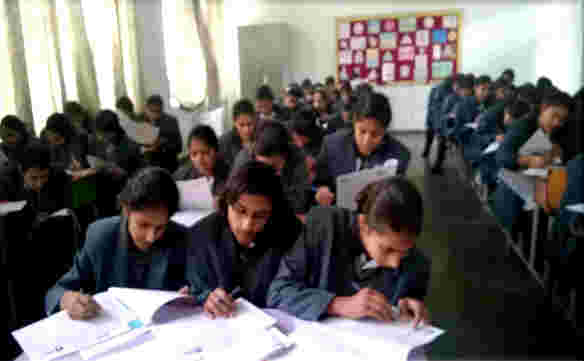 For career counselling events, psychometric tests were taken for every individual student. This was coordinated by career counselling team from CareerGuide.com. Every student was then given a career report based on their psychometric test results. Based on the strengths and weaknesses of students, they were guided about the suitable career options for them. They were informed about the vast career opportunities available to them and different career options that are emerging as per the latest trends. The students were also advised about institutes and colleges where a particular course is available and their eligibility conditions. Students were encouraged to ask questions about their career queries. The students were later on given career booklets containing relevant information about different career exams, career lines, subjects that are needed to be selected for different streams and institutes names.

Let's go for the Skill Based Test!

Besides, all the students were provided with a helpline number through which they could clarify their doubts later as well. In fact, this service was used by several students that clearly speak of the interest that students showed for the event. The helpline number was monitored by CareerGuide.com’s team and was free of any intervention from Deepalaya and Asian Paints. The sessions evoked great response not only from the students but also from their teachers and parents. Some of the students even took an initiative to pursue their career in the suggested streams rather than following their peers. The highlight of the event was that parents were also guided by the career counsellors so that they could support their wards. The feedback of the session gave positive responses and parents, teachers and students all agreed that it increased their confidence. 77% of the students said that they learnt about new career opportunities and only 12% said that their major learning was about how to select subjects for a particular career. It shows a clear picture that students mainly needed awareness about different career fields. 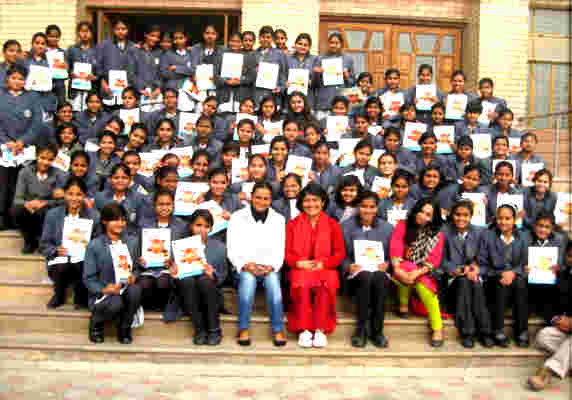 Want to know your career query?