The importance of IQ scores in finding a suitable job Finding a job is one of the most critical events in our lives. The question is how we can figure out which job is suitable and which one is not.

In fact, what factors determine a suitable person for a job. Of course, it depends on the many items, but intelligence is always one of the most influential ones. 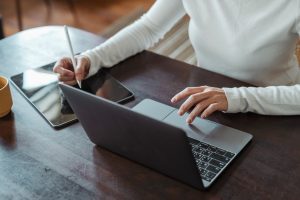 Trending
5 Tips for Planning Your Next Career Step

Intelligence Quotient is what we can assess how smart we are and if we can be successful in a certain job position.

In this article, we’re going to discuss IQ tests and their importance in finding a suitable job.

First, you need to know what IQ is.

An IQ test is a standard psychological assessment of people’s intelligence levels. To calculate IQ, we should divide the mental age by the chronological age and multiply it by 100 to get a ratio IQ.

The deviation IQ, which is calculated as a function of the difference between an individual’s score and the mean (or average) score, has largely supplanted this idea.

The average IQ score is generally 100, with somewhat more than two-thirds of all results lying within 15 points of the mean (usually one standard deviation).

There is one point regarding IQ that needs to be clarified. It isn’t absolute, and it isn’t always the same. So don’t be shocked if your IQ result differs from one IQ test to the next.

In acknowledgment of the idea that a person’s cognitive capacities vary in respect to his age group, IQ also has an age correlation. If a child has a high IQ, he may be labeled as “clever for his age” or “slower than other kids his age,” if the contrary is true. Trending
Responding to a Job Offer – What you Should Do

You may recall taking a few IQ exams in the past. Were they identical twins? Were there any common themes? They were most likely different. One IQ test may focus on a single topic, while another may include numerous parts with questions from other topics.

How is IQ measured?

Here is the formula for calculating IIQ:

From the IQ Equation, it appears that IQ involves two age elements:

As you can see, most IQ tests consider your age when measuring your mental ability so that you can compare yourself with your peer group.

To be able to compare your IQ with others’, you should know what IQ score is considered average: Is IQ the most important factor in success?

Of course, it’s well-established that there is a clear link between IQ and job performance. But the question is if we should rely solely on IQ when choosing a person for a job.

In other words, an individual with a high IQ has a greater chance of achieving excellent results in many workplaces. But it’s not absolute, and you need to take many other factors into account.

In general, a high-IQ person should be able to deliver higher-quality and high profile jobs.

For an employee with a higher-than-average IQ, the stakes are considerable. Employers tend to give employees with above-average IQs more challenging tasks and responsibilities because they anticipate them to provide good outcomes.

The IQ of a worker reveals his critical thinking and problem-solving abilities, not all the skills an employee needs.

If your IQ is higher than average, you have a better capacity to solve issues and discover solutions or answers in a variety of work-related scenarios.

People with higher IQs are more likely to enjoy a greater level of difficulty in all they undertake. These are not the sorts of employees that will settle for subpar work since they will try to do better.

Overall, we have to determine the required skills for each vacancy and then go for interpret the IQ results.

This way, we won’t indulge in relying on IQ and can broaden our thinking about all skills people might have.

Although intelligence is one of the most important factors in a person’s success, it’s not all you have. So don’t get stressed if your score is not that high; you can work in many other skills and become even more successful and wealthy than smarter people. Bear in mind that hard work and courage can remove many obstacles that intelligence can’t.