Top 8 inspirational movies Everyone Should Watch

Movies inspire us in many ways. They make us laugh, they make us cry, they make us think. In this modern era, people connect through movies. They communicate movies through their lives. Movies always reminisce us that every day is another day full of new opportunities to get up, endeavor into the world, and make a disparity. Movies tell us that our life is our story. We are the performers, we are fighting daily and, we write each day. Usually, people get tired of their life situations, duties, and never-ending stress and anxiety, then movies inspire us. We feel relax and say yes to all opportunities. Here’s a list of the best movies which inspire us, motives us, and glue with us long after the ending scenes.

127 hours is a biographical survival drama of mountain climber Aron Ralston. He was on a hiking adventure in Utah. It is where he gets trapped in a canyon. He struggles a lot for his survival. After struggling for 127 hours, he is rescued. This movie was released in 2011. This is a mind-blowing movie that teaches us life lessons. We always took our life for granted. This movie shows us the importance of the most precious thing in our life.

Into the wild is a biological adventure drama film. This movie is inspired by Jon Krakauer’s book. Christopher McCandless, a young man determines to abandon all his possession and embarks on a journey across America. During his journey, he faces various difficult situations which change him as a person. It is a very inspiring story. Into the wild was released in 2007. It is a Wonderful Life is an American Christmas family fiction drama film. George Bailey is the main character of this drama film. He has so many problems and, he is thinking about ending them all. He is about to jump from a bridge, but he was rescued by an angel from heaven and teaches him the value of life. It’s a wonderful life was released in 1946. This movie is inspired us by its fascinating plot.

Freedom Writers is an American drama film. Erin Gruwell teaches a class of at-risk students who are divided by their race and harbor bitterness against each other. She decides to unite them and pursue education beyond high school. Freedom Writers was released in 2007. This movie is a very heartwarming, touching, inspiring, and must-watch movie.

Amelie is an innocent and simple girl in Paris with her sense of justice. She is a young waitress. She decides to help people to find their happiness. She wants to spread happiness all over during her journey, she met the love of her life. Amelie was released in 2001. This movie is very heartwarming, romantic, touching, magical, and a must-watch movie.

The world’s fastest Indian is a New Zealand biographical sports drama film. Burt Munro, a man who never lets the dreams of youth fade. He is a motorcycle enthusiast who spends years rebuilding and perfecting a 1920 Indian motorcycle. He never loses his hope. It inspires us with its strong plot. The characters of this movie are very inspirational. The world’s fastest Indian was released in 2005. 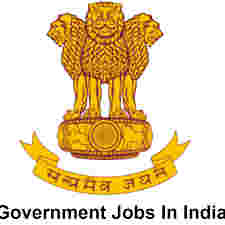 Trending
Tips to get Government Jobs

The Green Mile is an American fantasy drama film. It was based on Stephen king’s novel. John is the main character of this drama film, who is accused of murdering two girls. His life changes drastically when he has a special gift. The plot of this movie is very strong and inspiring. The attractive plot between doing the right thing or performing the duty attracts our eyes. The Green Mile was released in 1999.

8. The Pursuit of Happyness

The pursuit of Happyness is an American biographical drama film. The film revolves around the main character Chris. He is tired of his professional failures, he was financially broken, his wife decides to leave him, he was fighting for his son’s custody. But he never gives up. The Pursuit of Happyness was released in 2006. This movie is a very heartwarming, touching, emotional, and must-watch movie. This movie teaches us the real meaning of life and to never give up in hard situations.

8 Movies a child must watch with his parents.

So this is the end of the post Top 8 inspirational movies Everyone Should Watch. Hope You Enjoyed it. Here are more Career Related Blog Posts.